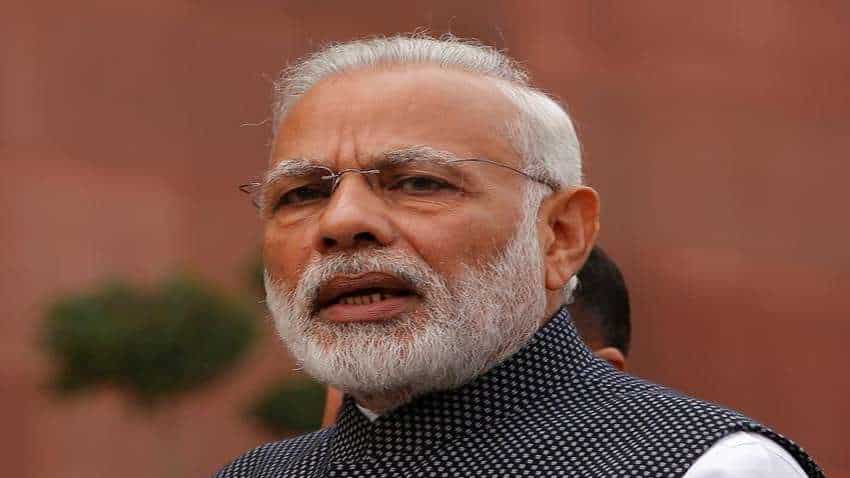 New Delhi [India], February 25 (ANI): Prime Minister Narendra Modi left for Puducherry and Tamil Nadu on Thursday morning where he is scheduled to inaugurate and lay the foundation stone of various development initiatives.

"Leaving for Puducherry and Tamil Nadu to inaugurate development works that will further `Ease of Living` and economic growth," tweeted the Prime Minister.

According to an official release, at around 11.30 am, Prime Minister will inaugurate and lay the foundation stone of various development initiatives in Puducherry.

At around 4 pm, Prime Minister will dedicate to the nation and lay the foundation stone of multiple infrastructure projects worth over Rs 12,400 crores in Coimbatore.

The Assembly elections in Tamil Nadu and Puducherry are likely to take place in April-May. However, the Election Commission is yet to announce the final dates.

The Prime Minister will lay the foundation stone for the development of Minor Port at Puducherry under Sagarmala Scheme.

He will inaugurate the Blood Centre at Jawaharlal Institute of Postgraduate Medical Education and Research (JIPMER), Puducherry, which will function as a research laboratory and a training centre for the short- term and continuous blood bank personnel training in all aspects of transfusion.

The school education department has announced a holiday for government and private schools as traffic in the city has been diverted due to the Prime Minister`s visit tomorrow.

In Tamil Nadu at around 4 pm, he will dedicate to the nation the Neyveli New Thermal Power Project."

It is a lignite-based power plant designed for power generation capacity of 1000 MW and has two units of 500 MW capacity each. Built at a cost of about Rs 8000 crore, the pit head power plant will utilise lignite as fuel from the existing mines of Neyveli, which have sufficient lignite reserves for meeting the lifetime requirement of the project.

The Plant has been designed for 100 per cent Ash utilization. The power generated would benefit Tamil Nadu, Kerala, Karnataka, Andhra Pradesh, Telangana and Puducherry, with Tamil Nadu having a major share of about 65 per cent," read the release.