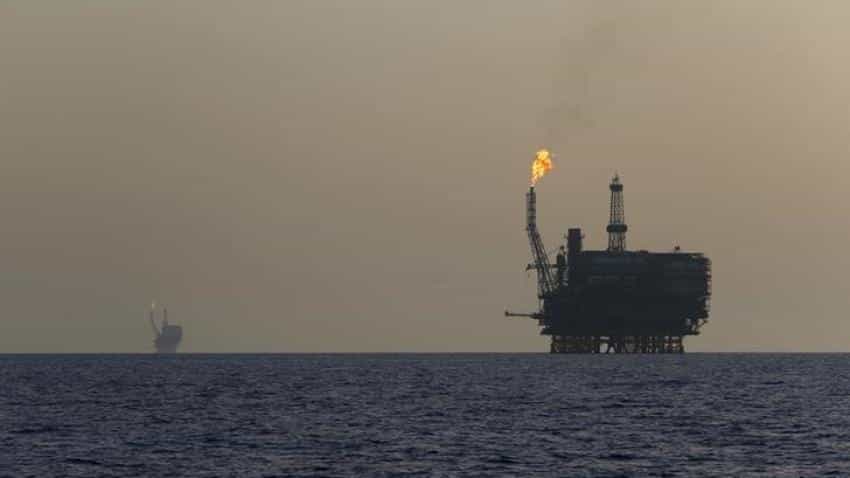 Offshore oil platforms are seen at the Bouri Oil Field off the coast of Libya. Pic: Reuters
RELATED NEWS

Oil prices fell on Wednesday, as rising output from Libya added to concerns about increasing U.S. production which is undermining OPEC-led production cuts aimed at tightening the market.

Traders said the price declines were a result of higher output in conflict-torn Libya, which was adding to a relentless rise in U.S. production.

Libya`s oil production is expected to rise to 800,000 barrels per day (bpd) this week, according to state-run National Oil Corporation said on Monday. [nL8N1IV36T]

That compares to an average of 500,000 bpd exported on tankers so far this year, and to just 300,000 bpd shipped on average in 2016, according to shipping data in Thomson Reuters Eikon.

Libya`s rising production adds to a rise in U.S. output, which largely thanks to shale oil drilling has jumped by more than 10 percent since the middle of last year to over 9.3 million bpd

"Libyan and shale oil production seems to have occupied the mind of traders overnight. That`s consistent with my sense that this is all about inventories and the associated supply overhang in crude oil markets at the moment," said Greg McKenna, chief market strategist at futures brokerage AxiTrader.

Rising output from the United States and Libya undermines efforts by the Organization of the Petroleum Exporting Countries (OPEC) and other producers including Russia to tighten an oversupplied market by cutting production by around 1.8 million bpd until the end of the first quarter of 2018.

An initial deal, which has been in place since January, would have expired this June, but the production cutback has so far not had the desired effect of substantially drawing down excess inventories. [nL8N1IR1C5]

Libya is an OPEC member, but it was exempt from the cuts. The United States is not participating in the self-imposed production cuts.