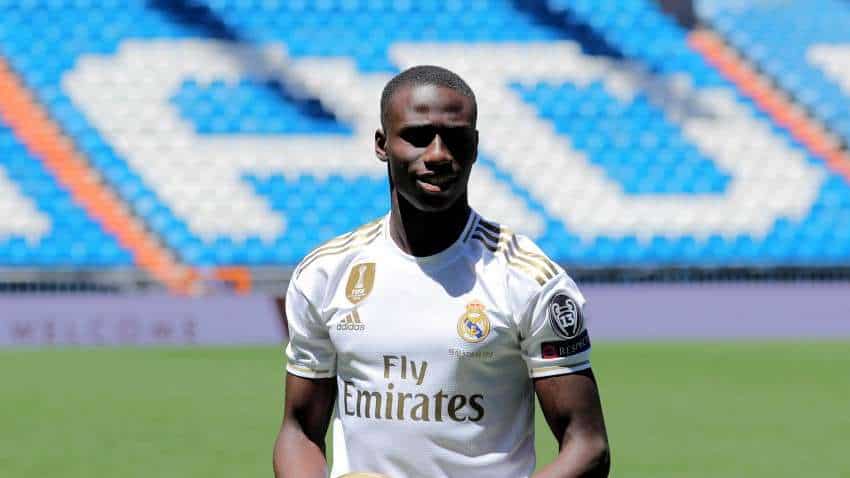 Real`s task appeared to have been made much easier after Atalanta`s Remo Freuler was sent off in the 17th minute for denying Mendy a goal-scoring opportunity.

Against the 10 men, however, Zinedine Zidane`s side, who were missing several high-profile players through injury, struggled to break down the hosts, and Real had only one shot on target in the rest of the first half.

Atalanta continued to defend doggedly after the interval, but Mendy`s superb strike in the 86th minute gave the record 13-times European champions a slender lead to take into the second leg.

Gian Piero Gasperini`s Atalanta shocked everyone by getting to the quarter-finals last year in their first season in Europe`s premier competition, especially given they played all their home games at the San Siro in Milan while their own stadium was being re-developed.

Now back at their ground, Atalanta`s first Champions League knockout match in Bergamo got off to a bad start when the referee showed no hesitation in sending Freuler off for bringing down Mendy when he was through on goal.

Without their top goalscorer Karim Benzema and forwards Eden Hazard and Rodrygo through injury, however, Real lacked potency up front.

Half chances for Luka Modric and Vinicius Jr. were all they could come up with as the game entered the latter stages.

It was going to take something special to breach the well-organised home side and full back Mendy provided it with a 25-metre strike, his first Champions League goal.