Joao Felix and Luis Suarez combined to devastating effect as Atletico Madrid came from behind to beat Valencia 3-1 at home on Sunday to continue their relentless pursuit of the La Liga title. 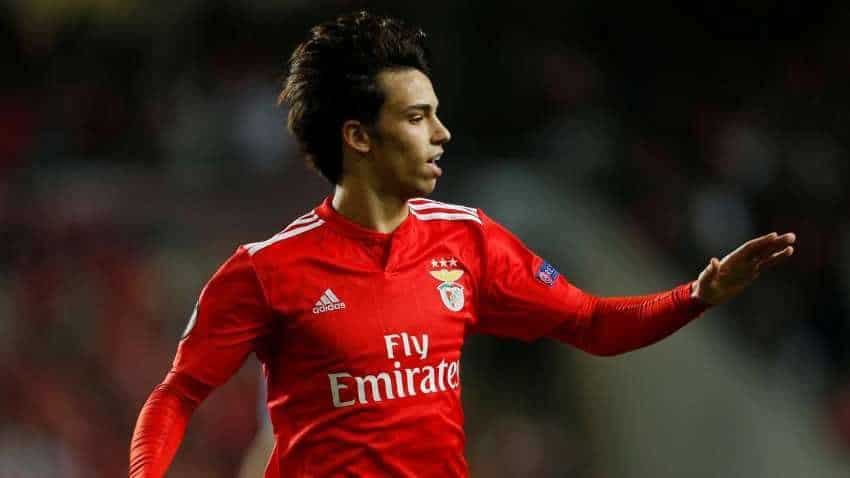 Joao Felix and Luis Suarez combined to devastating effect as Atletico Madrid came from behind to beat Valencia 3-1 at home on Sunday to continue their relentless pursuit of the La Liga title.

Valencia took a shock lead in the 11th minute with an unstoppable long-range strike from Serbian midfielder Uros Racic but the league leaders responded in the 23rd when Felix stuck out a foot to prod home from a corner.

The Portuguese forward then latched on to a through ball to launch a quick counter attack early in the second half and released Suarez, who took a couple of touches before striking in off the far post from a tight angle.

The Uruguayan, who was celebrating his 34th birthday, moved joint-top of La Liga`s goalscoring charts alongside Sevilla`s Youssef En-Nesyri, with 12 strikes from 15 games since being forced out of Barcelona last year.

He also struck both goals, including winning and earning a last-minute penalty, in Thursday`s come-from-behind 2-1 win at Eibar.

Substitute Angel Correa then finished off a fine move from Marcos Llorente in the 72nd minute to clinch a seventh league win in a row for Diego Simeone`s side.

Atletico lead the standings with 47 points from 18 games, seven ahead of nearest challengers Real Madrid and with a game in hand. Valencia are 14th on 20 points.

"It`s perfect to play alongside a striker like Luis Suarez. He just keeps scoring goals and he is so important for the team," said Felix.

"We may have fallen behind early but we`re a team that keeps fighting until the end. We`re doing so well, we just focus on each game and that`s what we need to keep doing. We`re not looking at how many points we have."