MANCHESTER, England (Reuters) - Gabriel Jesus struck twice as Manchester City beat Wolverhampton Wanderers 4-1 on Tuesday to move 15 points clear at the top of the Premier League with their 21st straight win in all competitions. 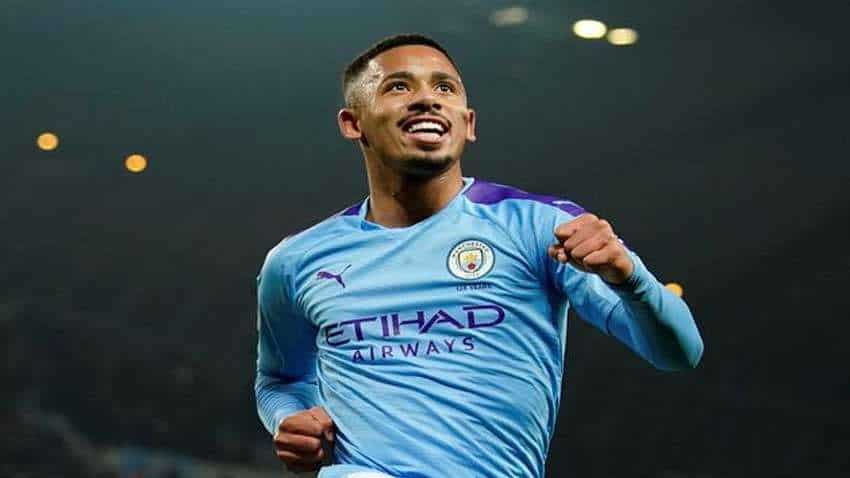 MANCHESTER, England (Reuters) - Gabriel Jesus struck twice as Manchester City beat Wolverhampton Wanderers 4-1 on Tuesday to move 15 points clear at the top of the Premier League with their 21st straight win in all competitions.

City, storming towards their third league title in four years, scored three late goals to wrap up victory and move onto 65 points with 11 games left to play ahead of Manchester United on 50 points with a game in hand.

United are at Crystal Palace on Wednesday before facing City at the Etihad Stadium in the Manchester derby on Sunday.

City`s latest win equals their club record run of 28 games unbeaten in all competitions, set between April and December 2017.

The margin of defeat was a little harsh on a Wolves side who were on level terms at the 80-minute mark but City`s late surge did reflect their dominance of the game.

Pep Guardiola`s side took the lead in the 15th minute through an own goal from Wolves defender Leander Dendoncker who stretched out a leg and turned the ball into the net as he tried to cut out a low cross from Riyad Mahrez.

City thought they had a two-goal lead to take into the interval but Aymeric Laporte`s 44th-minute effort was ruled out for offside.

The impressive Mahrez then caused more chaos running in from the left and Bernardo Silva`s shot was pushed out by Portuguese compatriot Rui Patricio and the City midfielder put his follow-up over the bar.

City kept up the pressure after the break, Kevin De Bruyne had a low shot turned wide by Patricio and then Mahrez cut in on to his left and blasted goalwards but the Wolves keeper saved well again.

Wolves had threatened little, but managed to draw level in the 61st minute with a diving header from Conor Coady, throwing himself at a perfectly delivered free kick from deep by Joao Moutinho.

Yet City didn`t panic and continued to push forward in their relentless, passing-and-moving waves, and eventually they were rewarded.

Jesus restored City`s lead in the 80th minute, driving home after Wolves failed to clear a low ball into the box from Kyle Walker.

Mahrez slotted home the third in the final minute after some sloppy Wolves defending and then Jesus added his second in stoppage time after an offside decision was overturned by VAR.

Despite extending the club`s record run of wins in all competitions to 21, the most for an English top-flight team, Guardiola was in no mood to talk about the title being in the bag.

"Manchester United. That`s all we care (about now)," he said.

"The champions are Liverpool, the crown belongs to them. We are in the best position right now to take them out and we are going to try but they are the champions.