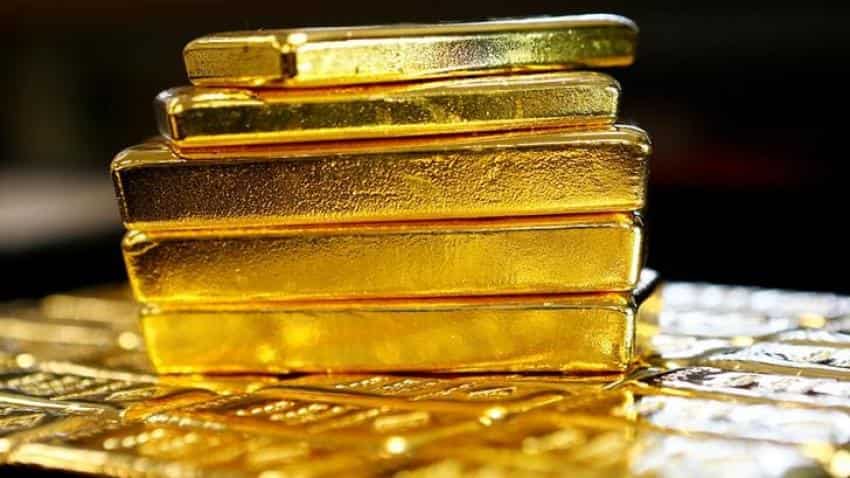 Gold prices edged lower on Monday, pressured by firmer equities and a buoyant dollar after a bill to overhaul the tax system in the United States moved a step closer to ratification.

The dollar held modest gains on Monday, having received a lift after top U.S. Republicans said they expected Congress to pass a tax code overhaul this week. A Senate vote could come as early as Tuesday and President Donald Trump aims to sign the bill before the week is out.

"I think we have the last bearish news, which is the tax reform, and that is negative for gold so we expect gold to stay pretty depressed," said Richard Xu, a fund manager at China`s biggest gold exchange-traded fund, HuaAn Gold.

The U.S. tax bill, which would cut taxes for businesses and the rich while offering everyday Americans a mixed bag of changes, has helped drive the surge in equity markets this year.

Expectations that tax cuts would spur economic growth and prompt faster interest rate rises in the United States have boosted the dollar and weighed on gold.

Spot gold faces a resistance at $1,262 per ounce and may hover below this level or retrace to a support at $1,239, Reuters technicals analyst Wang Tao said.

Hedge funds and money managers cut their net long positions in COMEX gold contracts in the week to Dec. 12, while they switched to a net short stance in silver for the first time in five months, U.S. Commodity Futures Trading Commission (CFTC) data showed on Friday.

In other precious metals, silver and palladium were nearly unchanged at $16.04 per ounce and $1,022.95 per ounce, respectively.