Former England batsman Kevin Pietersen doesn't see any threat to Virat Kohli's captaincy in the foreseeable future but can understand the growing debate over it with India losing four consecutive Tests under his leadership. 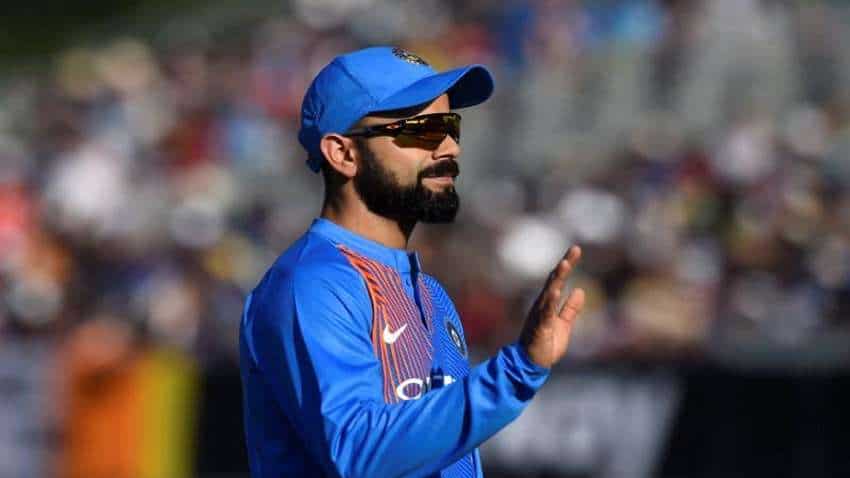 India vs England 2021 4th T20I: Check how to watch live streaming online, full match details, when and where to watch

How to watch India vs England 2021 3rd T20I live streaming online - full match details, when and where to watch

Former England batsman Kevin Pietersen doesn't see any threat to Virat Kohli's captaincy in the foreseeable future but can understand the growing debate over it with India losing four consecutive Tests under his leadership.

Under Kohli's captaincy, India lost two Tests in New Zealand early last year, suffered a humiliating defeat in the series opener against Australia in Adelaide in December before going down to England in the first match in Chennai earlier this week.

"I absolutely don't expect things to change, but it is impossible to avoid the continuing debate around the Indian Test match captaincy," Pietersen wrote in his blog post for 'Betway'.

"Virat Kohli has now lost four consecutive Test matches as skipper, and has Ajinkya Rahane, who just led India to a famous series win in Australia, in his side," he added.

In the absence of Kohli, vice-captain Rahane led an injury-ravaged Indian team to a scintillating 2-1 series win in Australia.

The unlikely win in Australia gave rise to the debate if Kohli should be replaced by Rahane as India's Test captain.

However, the former England skipper threw his weight behind Kohli, saying he is perfectly capable to lead his side to victory.

"On social media, every radio station, every television channel and every news channel, there are very deep discussions around what should happen. Captaining your country is very difficult and unfortunately this is the nature of the beast.

"It's one more distraction that Kohli doesn't need but he is, of course, capable of leading his side to a victory in the second Test to quieten things down a bit," Pietersen said.

The 40-year-old also feels the pressure will be on veteran English pacer Stuart Broad to perform in the second Test after James Anderson bowled a match-winning spell in the series opener.

"Whereas Anderson has now conquered each country he has played in, the one thing that Stuart Broad hasn't done is perform in India. His record ? 10 wickets in six matches at an average of nearly 54 ? isn't spectacular at all.

"Anderson and Broad are hailed as an incredible partnership, and of course they have been, but this is the difference between the two," Pietersen said.

Broad, who was rested for the first Test as part of England's rotation policy, is set to play in the second game and Pietersen feels this series maybe the last chance for the pacer to create a legacy in India.

"If Broad wants to be globally recognised as a bowler that delivers in all conditions, he's actually under quite a lot of pressure to perform in the second Test.

"Not only does replacing an in-form Anderson in the team bring its own demands, but it will also probably be his last chance to nail it in India. He is an experienced and wonderful bowler, though, so he has every chance."
The story has been taken from a news agency

India vs England 2021 4th T20I: Check how to watch live streaming online, full match details, when and where to watch

How to watch India vs England 2021 3rd T20I live streaming online - full match details, when and where to watch