The talks collapsed at last week's WTO 11th ministerial conference in Buenos Aires. The meeting ended without any declaration or substantive outcome with the US going back on its commitment to find a permanent solution to the public food stockholding issue, leaving India and other developing nations disappointed. 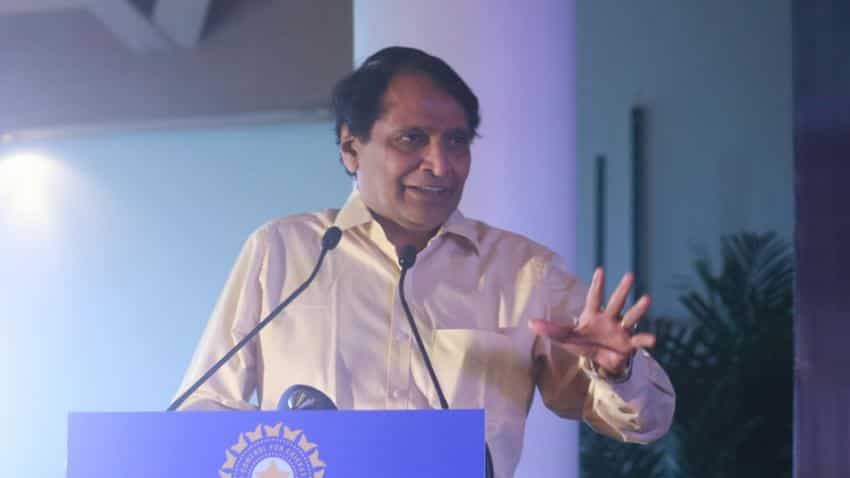 The WTO must incorporate emerging issues if it wants to remain relevant in the changing times, Union Minister Suresh Prabhu said today, asserting that India will organise a "mini ministerial" meeting of the global trade body in February to help realise this objective.

The talks collapsed at last week's WTO 11th ministerial conference in Buenos Aires. The meeting ended without any declaration or substantive outcome with the US going back on its commitment to find a permanent solution to the public food stockholding issue, leaving India and other developing nations disappointed.

"We are in the next few weeks going to organise a major conclave in India wherein we want to bring in the top countries of the world. We call it the mini Ministerial for the WTO (World Trade Organization), Prabhu said.

Addressing a CII conclave, he said the idea behind the mini-ministerial was that WTO must focus on some of the very relevant issues of the world today.

Otherwise, he said, "WTO will be a very good historical institution, which will have a very good place in some of the good regions of the world".

"But if you want to make sure that WTO becomes relevant to times that are changing, then we must also incorporate into WTO some of the very emerging important issues," he added.

Separately, at a meeting with Ficci members, he said India will host the mini-ministerial in February to further its position on the multilateral trade body and pursue its interest in a fruitful manner.

According to a Ficci statement, the minister said that the WTO process needs to be strengthened and taken forward as India has a strategic interest in the functioning of the multilateral trade system.

Prabhu emphasised on the need for India to increase its share in world trade for enhancing GDP growth and creating jobs, saying that it should set a target and work towards it.

Developed nations at the WTO have been forming groupings to prepare the ground for pushing investment facilitation, preparing rules for e-commerce, promoting gender equality and reducing subsidy on fisheries.

India has been keenly pushing agricultural issues at the WTO. It has also been raising its voice against bringing in new issues, especially those which are not directly linked to trade, on the negotiating table.

At the Services Conclave organised by industry body CII, Prabhu said India must have a clear-cut, holistic strategy to realise the true potential of its services sector, which can create a large number of jobs.

A strategy to boost the share of services in the export basket of the country is being formulated, he said.

Moreover, he said, efforts must be made so that services contribute significantly to the global trade, particularly India's exports.

Prabhu said the Commerce Ministry is working in collaboration with the EXIM Bank on a market strategy, clearly defining each market and geography with the kind of products that will be sold there.

He stressed that India must become the front office of the world in providing services globally.

He added: "It is a unique position that we enjoy today, that we are actually the service providers. I don't want to call ourselves as some other countries wanted to described India some time ago, that we are the back office of the world.