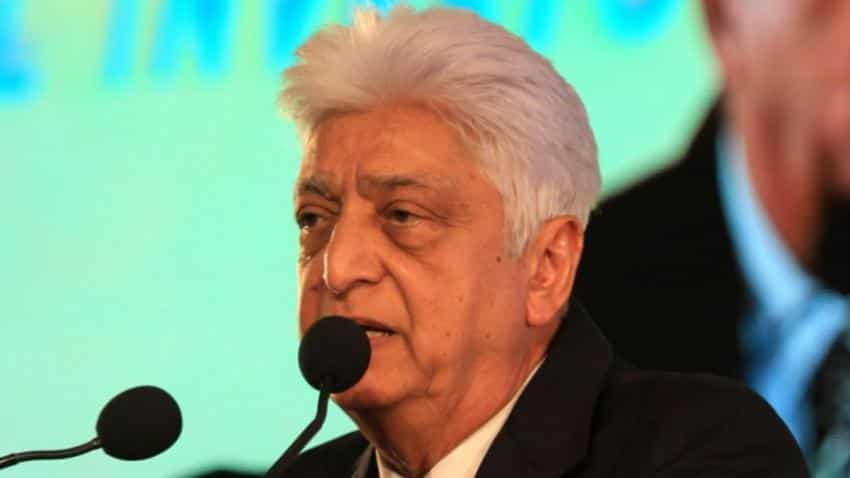 Azim Premji addresses last AGM at Wipro as chairman, says 'our wealth for society, not its owners'

Wipro Chairman Azim Premji's pay package saw a huge 63 per cent fall at USD 1,21,853 (about Rs 79 lakh) last fiscal, with no commission being paid during the year.

"Azim H Premji is entitled to a commission at the rate of 0.5 per cent on incremental net profits of Wipro for the fiscal 2017 over the previous year... For the year ended March 31, 2017, commission paid to

It added that all other executives received variable pay under a quarterly performance linked scheme, based on key parameters of individual or combined performance of the business unit, division or segment or the company as a whole.

There has been a decline in compensation for key executives across the industry and it is reflective of the slow pace of growth for players.

Wipro saw its net income for the full year decline 4.7 per cent over the previous fiscal. For the fourth quarter, its IT services revenue declined marginally over the October- December quarter.

The high compensation for leaders in the tech sector also come under spotlight after Infosys founder N R Narayana Murthy had questioned pay hikes for senior executives at the Bengaluru-based firm.

Azim Premji addresses last AGM at Wipro as chairman, says 'our wealth for society, not its owners'