As the CEO of TCS, N Chandrasekaran earned Rs 2.44 crore in basic salary, Rs 25 crore as commission and Rs 2.7 crore in allowances, according to the company's 2016-17 annual report. 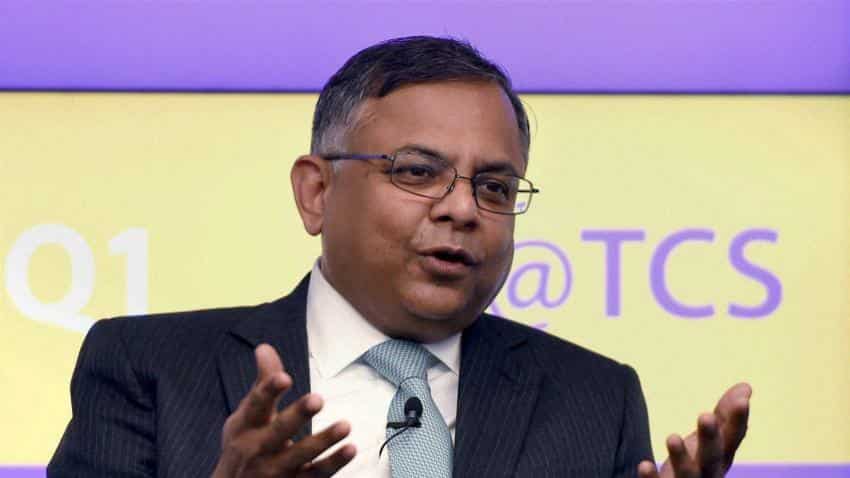 TCS CEO and MD N Chandrasekaran speaks to media during the announcement of the company’s Q1 results in Mumbai on July 14, 2016. Image Source: PTI/Mitesh Bhuvad
Written By: PTI
RELATED NEWS

Tata Sons chief N Chandrasekaran took home a pay package of Rs 30.15 crore in FY2017 during his tenure as the CEO and MD of TCS, India's largest IT services firm.

Chandra, as he is popularly known, was elevated as Tata Sons chairman in February this year. Tata Sons is the holding company of the USD 103 billion salt-to-software conglomerate.

The numbers cannot be compared to the previous year as the executives moved on to their new positions in the last quarter of the financial year.

In FY2015-16, Chandrasekaran had earned Rs 25.6 crore and also received an additional Rs 10 crore as part of a one-time special bonus.

Chandrasekaran was succeeded by Rajesh Gopinathan, who was earlier serving as the CFO.

CEO salaries in the tech sector have come under spotlight after Infosys founder N R Narayana Murthy had questioned pay hikes for senior executives at the Bengaluru-based firm.