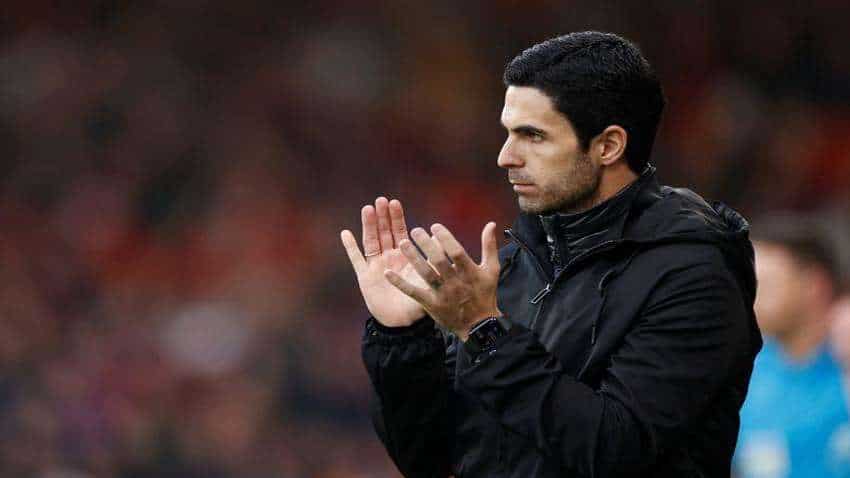 The Gunners were minutes away from going out on away goals when Aubameyang`s 87th-minute strike earned them a 3-2 win on the night in Athens and a 4-3 aggregate victory.

They cut it mighty fine, however, after a dreadful mistake by Dani Ceballos just past the hour mark allowed Rafa Silva to put Benfica 2-1 ahead, meaning Arsenal required two goals to avoid a defeat that would have left their season in tatters.

Eleventh in the Premier League and out of the FA Cup, a European exit would have turned up the heat on Arteta.

"Well certainly it keeps the season going in a much better way," the Spaniard said. "This competition is going to help the Premier League for sure, to maintain everybody together, to have something to play for.

"Today it would have been really harsh with what has happened in the two legs to be out of the competition. So I`m extremely happy to be through."

Ceballos gifted Benfica their second goal but Kieran Tierney`s reply and Aubameyang`s header, from another Saka assist, saved the day.

"I`m especially happy for Dani because he`s a player that lives this profession like it`s the most important thing in his life and when he made that mistake if that had cost the team to be out it would have been mentally really tough," Arteta said.

"So, that`s when you need players in the team like we have like with Auba with Bukayo creating the situations, with Kieran Tierney scoring the goal to save him. Out of a difficult situation we created a really bright moment."