(Reuters) - Tiger Woods could return to competitive golf within a year, top orthopedic surgeons said on Wednesday, but the road back from serious leg injuries sustained in a car crash will be a long and grueling one. 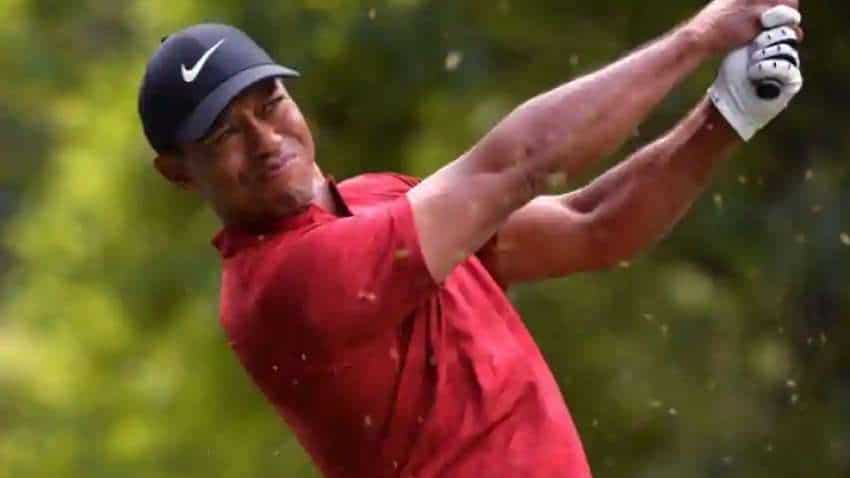 (Reuters) - Tiger Woods could return to competitive golf within a year, top orthopedic surgeons said on Wednesday, but the road back from serious leg injuries sustained in a car crash will be a long and grueling one.

Already credited with one of sport`s great comebacks when he returned from back surgery to win a fifth Masters in 2019, ending an 11-year majors drought, Woods will have to be even more resilient if he is to overcome the damage done in Tuesday`s accident.

The 45-year-old golf great was hospitalized in Los Angeles and underwent emergency surgery on Tuesday for injuries suffered when his sport utility vehicle careened off a road and rolled down a hillside.

Woods sustained compound fractures of his tibia and fibula to his right leg in the early morning crash along with additional injuries to his foot and ankle, according to a statement posted on the former world No. 1`s official Twitter account.

He also suffered trauma to the muscle and other soft tissue of the leg.

The devastating injuries have raised concerns over whether Woods will return to competitive golf, with any comeback further complicated by his long history of knee and back problems.

But orthopedic surgeons interviewed by Reuters all agreed that, based on the information so far available, the 15-time major winner could return possibly within a year.

"What I have learned through my career taking care of athletes, particularly at that level - don`t count them out," said Dr. Victor Khabie, chief of surgery and co-director of the Orthopedics and Spine Institute, Northern Westchester Hospital, in Mt. Kisco, New York. "I would say a year.

"It probably takes about 12 weeks to four months for the bone to actually heal," he said. "And then after that intense rehab, realistically, probably a full year before he is back playing at a high level."

Experts warned there are plenty of unknowns Woods might have to navigate before attempting any comeback.

Concern over infection is at the top of that list, followed by potential nerve damage and debilitating arthritis should the ankle injury be more severe.

But absent any major complications, it is possible Woods could be ready to tee it up at next year`s Masters, said Dr. Riley Williams, sports medicine surgeon at New York`s Hospital for Special Surgery.

"He has the right psychological makeup and obviously very focused and driven," said Williams, who operated on and managed NBA player Paul George`s compound fracture in 2014. "Let`s assume in the most straightforward case we`ve got good bone healing by 12 weeks and then another three months of general recovery.

"I could see him being on the range 6-to-12 months after surgery," he said.

"The Masters next year is certainly within reason, again barring some unknown complicating factors."

Dr. Nicholas DiNubile, spokesman for the American Academy of Orthopedic Surgeons, said elite athletes possess all the tools to deal with such adversity, but that in this case, since Woods is 45, the question is whether he will want to go through the grind one more time.

"This is as serious as it gets when you have an open fracture because the risk of infection," DiNubile told Reuters. "Tiger Woods, of everything I have read about him, is a really tough guy. He has been through a lot injuries.

"He used to train with the Navy Seals and it sounds like even at the scene of the accident he was trying to get out of the car on his own," he said.

"I wouldn`t (write him off). The thing against him is his age and at this point in his career does he need to do that?"

(Reporting by Steve Keating in Toronto. Editing by Matthew Lewis)