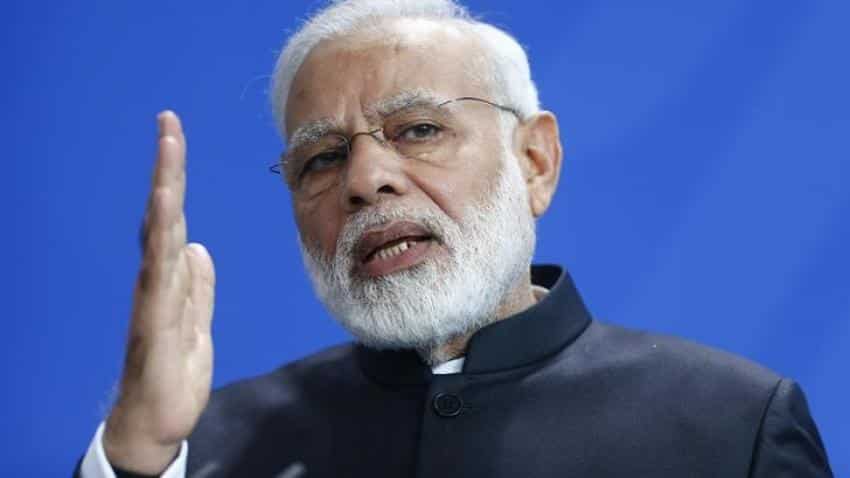 Handicrafts were source of inspiration during freedom struggle: Modi

Indian Railways has Rs 35,000 cr plan to electrify all lines across country: Official

France and India will seek to show a united front to tackle climate change when their leaders meet on Saturday with President Emmanuel Macron likely to underline his country`s stability in talks with Prime Minister Narendra Modi.

Modi`s arrival in Paris comes after U.S. President Donald Trump announced his decision to withdraw from the 2015 Paris climate agreement and at a time when uncertainty in the European Union prevails following Britain`s decision to leave the 28-nation bloc.

"Climate will obviously be one of the first topics discussed. It`s a personal commitment from Modi so it`s crucial that this engagement is reiterated in the current context," said a senior French diplomat.

Modi, whose country is the world`s third-biggest emissions generator, said in Russia on Friday that he would continue to back the deal. Macron`s call on Thursday for the accord`s remaining 194 countries to fill the void left by the U.S. may see the two sides push for greater cooperation.

"Trump`s decision is very bad news, but we have to move on with world`s key actors, starting with India," said the diplomat. "We need to show that we are stable, not unpredictable and have convictions that we aren`t afraid to stick to."

Prior to the visit Modi had already hailed Macron`s victory over the far-right as an opportunity to reinforce ties between the two countries almost 20 years after agreeing in 1998 a strategic partnership.

"Within a lot of uncertainty and instability where we don`t know in which direction the world`s great powers are going, it`s important to show that the relationship between France and India is stable," said the diplomat.

Ties between the two countries have grown in recent years most notably in the defence sector with New Delhi ordering 36 French-made Rafale fighter jets to modernise its ageing warplane fleet.

The two are also in talks over nuclear power and renewable energy deals, although the Paris visit is not aimed at sealing contracts.

"The Indians had a vision of Europe over the last couple of years that was a bit cataclysmic partly because of the crises we went through, Brexit and the far-right wave.

"Brexit especially traumatized them and there was a real worry that Europe would explode so Macron`s victory has provided a boost," the diplomat said.

Handicrafts were source of inspiration during freedom struggle: Modi

Indian Railways has Rs 35,000 cr plan to electrify all lines across country: Official