The Indian currency for the first time this year settled below the 75 level. 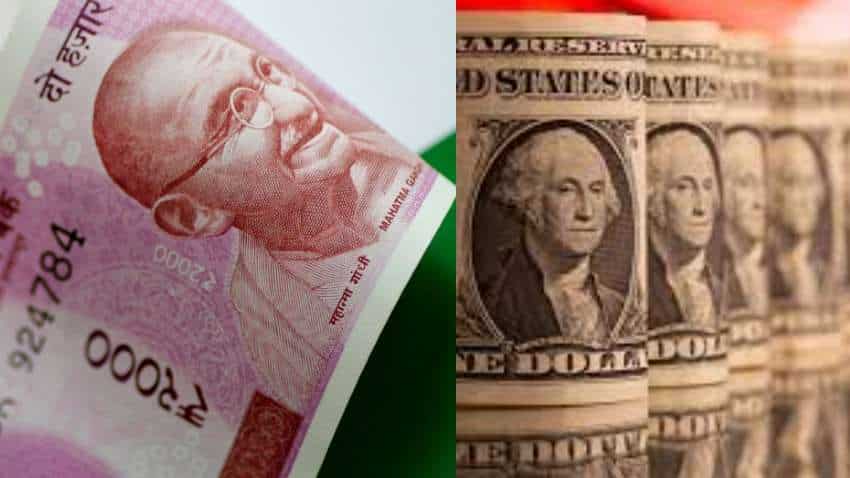 The Indian currency for the first time this year settled below the 75 level. The rupee tumbled by 37 paise close at a 15-month low of 75.36 against the US dollar on Monday as rising crude oil prices and a stronger American currency in the overseas market weighed on investor sentiment. The unit had closed at 74.99 on Friday. Heena Naik, Research Analyst - Currency, Angel One Ltd, commenting on the rupee movement said, "USDINR is likely to cross 76-mark and Sensex Nifty to continue its bull run."

"September was definitely a month to remember! Global markets had to face a lot of uncertainties that stressed out markets across the globe. Uncertainties like the Chinese liquidity crisis, global energy crunch, healthcare disruptions caused by Delta variant and prospects of monetary stimulus withdrawal by a number of central banks. All of these factors have caused huge volatility swings across all asset classes-be it commodities, equities, debt and currencies," Heena Naik said.

Heena Naik says, "The Indian equities are on the bull run at present. It has gone on to become among the best performing ones globally owing to abundant liquidity and a pickup in business activities. Moreover, higher growth potential and expected tapering by Federal Reserve has seen a flood of startups going public this year; giving the emerging market an edge especially when sentiment toward Chinese equities has soured.The rising participation of retail investors with the increased digitalisation also provided major support to the equity market."

Commenting on the trend, Heena Naik said, "On the other hand, the trend of Indian Rupee was totally the opposite. It made a one-sided move towards south and weakened by more than 3 percent since the month of September’21 after a raft of strong U.S. economic data rekindled expectations for earlier policy tightening by the U.S. Federal Reserve. This has pushed both the US Dollar Index and the treasury yields higher thereby causing woes for the Indian Rupee. In addition, suspected dollar buying by oil companies as global crude prices surged to multi highs added to Rupee’s woes. It is said that amongst the Asian currencies, USDINR will be the most impacted from the inflated oil prices as they have a direct impact on the rupee in the form of a higher import bill. The indirect impact is felt through inflation expectations. Another factor that played an important role in bringing the volatility into the markets was the Chinese liquidity crisis which could slam the banking system and bleed into the foreign financial centres."

"In the coming days, the key focus shall be on the September quarter earnings. More than 50 companies will declare their quarterly numbers including Infosys, Wipro, HCL Technologies, HDFC Bank etc. The possibility of local equities trading in green remains high. With respect to Rupee, USDINR (CMP 75.35) is expected to continue with its bullish trend towards 75.80 levels; break of which could push it towards 76.00 mark. Combination of higher US treasury yields and persistent worries over oil prices could make it difficult for the Indian Rupee in the coming days. In fact, the US Dollar Index is expected to move higher on expectations that the Federal Reserve will announce a reduction in the pace of bond purchases at the next month’s FOMC meeting (3rd Nov’21) which could further hamper Rupee. On the lower side, 74.70 and 74.40 remains strong support," concludes Heena Naik.