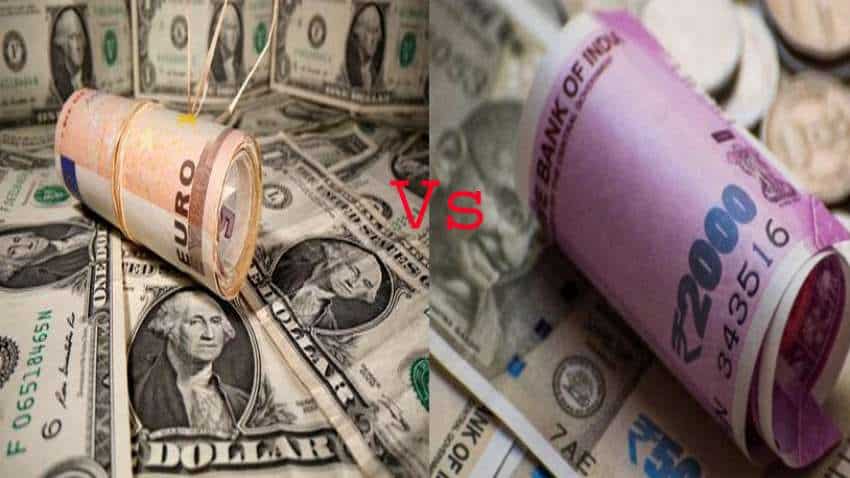 The USDINR April Futures on NSE today ended at 74.78, going up by almost 0.3 per cent. The VP recommends a Buy on USDINR April Futures at 74.50. He puts the stop loss at 73.90 while the target price at 75.50
Written By: Shivendra Kumar
Edited By: Prashant Singh
RELATED NEWS

Indian Rupee is at a six-month low against the US Dollar (USD) on Wednesday after the Reserve Bank of India Monetary Policy announcement. The Dollar broadly remained unchanged, Motilal Oswal said in its report. What this means for currency traders and also how weakening rupee would impact the overall situation for commodities? Expert Anuj Gupta, Vice President (VP), Commodity and Currency Research at IIFL Securities gives useful insights. Take a look!

Gupta said that the rupee is at its six-month low in comparison to the USD. This will have an impact on the imports like Gold, Silver and Crude oil.

The weakening INR will have a negative impact on the exchange rate leading to a costlier gold and oil, Gupta said. While the oil prices have been stable because of lower global demand for crude oil, a higher exchange rate will mean that the import bills remain stretched. That may ultimately impact the price of petrol and diesel, he further said.

As for Gold and Silver, Gold has hit USD 1750 at the time of filing this story. This is showing strength in bullion after it hit a low of USD 1676. A stronger dollar could further escalate the price of bullion for domestic consumers.

How other currencies traded today: