The rupee pared initial losses to settle 9 paise higher at 74.37 against the US currency on Tuesday despite a lackluster trend in the domestic equity market. 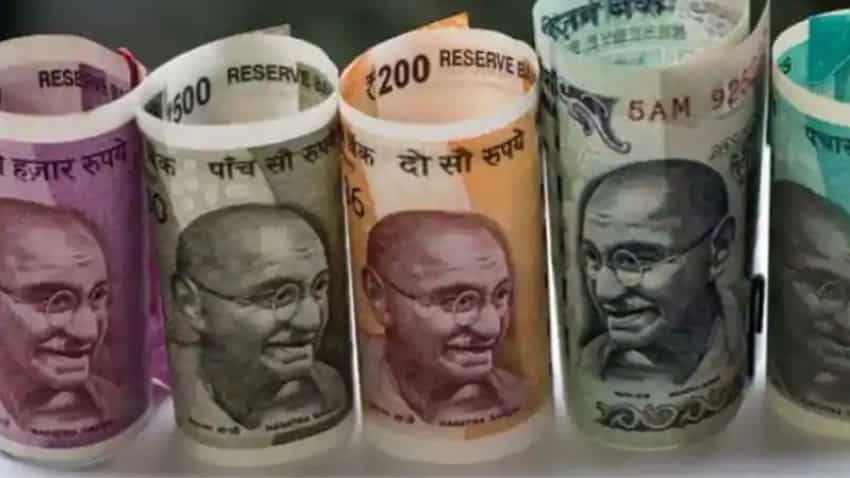 At the interbank forex market, the rupee opened lower 74.49 against the greenback. Image Source: Reuters

The rupee pared initial losses to settle 9 paise higher at 74.37 against the US currency on Tuesday despite a lackluster trend in the domestic equity market.

At the interbank forex market, the local unit opened lower 74.49 against the greenback and fell to a low of 74.53 due to a stronger dollar in overseas markets.

The rupee managed to cut short its losses later and settle at 74.37, higher by 9 paise over its previous close of 74.46.

"USDINR spot closed at 74.37 in a day of lackluster trading. Global cues were mixed but corporate dollar inflows kept the pair under pressure. This is going to be a truncated week and bias remains of range-bound trading. We expect a range of 74.10 and 74.65 on spot," said Anindya Banerjee, DVP, Currency Derivatives & Interest Rate Derivatives at Kotak Securities Ltd.

Gaurang Somaiyaa, Forex & Bullion Analyst, Motilal Oswal Financial Services said the rupee fell in the first half of the session following broader strength in the dollar against its major crosses and weakness in domestic equities.

Suspected fund flows in the primary market kept the losses capped for the currency, he noted.

Meanwhile, market participants remained cautious ahead of the important retail sales and industrial production number that will be released in the US.

"Better-than-expected economic data could extend gains for the greenback. We expect the USDINR (Spot) to trade sideways and quote in the range of 74.05 and 74.70," Somaiyaa said.

US President Joe Biden and Chinese leader Xi Jinping announced no agreements after their virtual meeting. However they said the two governments need to tread carefully amid tension over a host of issues like trade and Taiwan.

Biden told Xi their goal should be to ensure competition does not veer into conflict. Xi said he was ready to build consensus and said the two sides need to improve communication.

The US dollar index edged up to near 16-month highs against a basket of six currencies while Chinese yuan also gained after the Biden-Xi meeting.

Brent crude futures, the global oil benchmark, rose 0.69 per cent to USD 82.62 per barrel. Foreign institutional investors were net buyers in the capital market on Monday as they purchased shares worth Rs 424.74 crore, according to exchange data.