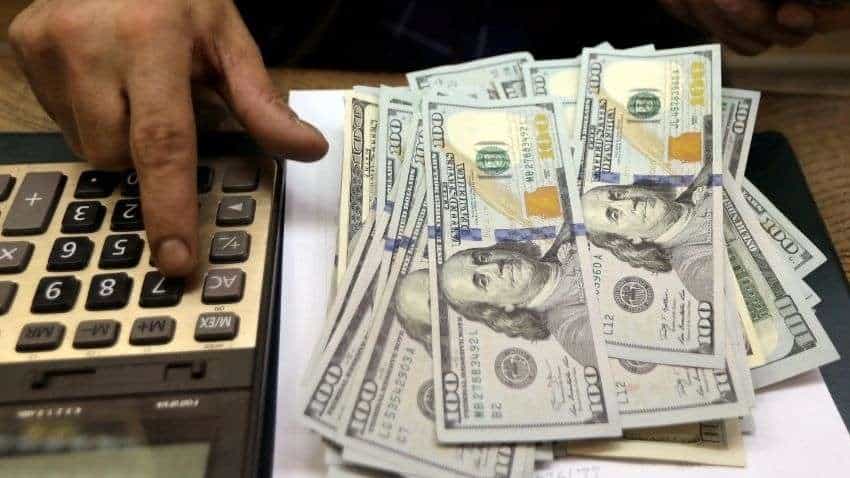 The dollar index, which measures the greenback against six peers, sank as low as 93.58 for the first time since Sept. 28.

The dollar retreated on Tuesday to a three-week low, hit by a proliferation in rate-hike bets in other markets and by improved sentiment that lifted equities and risk-sensitive currencies such as the Australian dollar.

A robust start to the U.S. earnings season and hopes China will be able to contain its property market malaise boosted global stock markets, pushing up the Aussie and New Zealand dollars, as well as the Chinese yuan.

Fears about contagion from property giant China Evergrande`s debt troubles receded after some of its peers made bond coupon payments, and policymakers said late last week the situation was controllable.

The Aussie touched a six-week high of $0.7474, shrugging off a dovish set of minutes from the Reserve Bank of Australia`s last meeting which signalled policymakers` concern for labour markets and their intention of not raising interest rates until 2024.

A week ago, the dollar index reached a one-year high of 94.563, benefiting from stagflation fears as well as bets the Federal Reserve would begin tapering its monetary stimulus next month, followed by interest rate increases next year.

But with Fed tightening priced in, money markets are raising wagers for policy normalisation elsewhere, especially in Britain where a cumulative 35 basis points in rate hikes are priced in by the end of the year.

New Zealand`s data on Monday showed the fastest consumer-price inflation in more than a decade.

Britain and New Zealand have consequently led a rise in short-term bond yields, with short-dated yields climbing comparatively more than in the United States.

"We had a big short position build-up in euro, Aussie dollar, Canadian dollars but after real U.S. yields fell back last week, it took some heat out of the dollar rally which means we are seeing some short covering now," said Kenneth

"Dollar gains have been led by repositioning for the Fed Funds rate and now we have a repricing in many other place," Broux added.

The New Zealand dollar rose as high as $0.7149 for the first time since Sept. 14, while the Chinese yuan firmed 0.5% for its biggest one-day gain since the end of July.

The euro, where positioning earlier this month turned net short for the first time since March, also advanced, rising 0.4% to $1.1658, a level not seen since Sept. 29.

Broux said, however, the European Central Bank (ECB) was "the missing piece" which could pressure the euro against peers.

"The assumption is they are at the end of the (policy tightening) timeline along with the Swiss and Bank of Japan," he added.