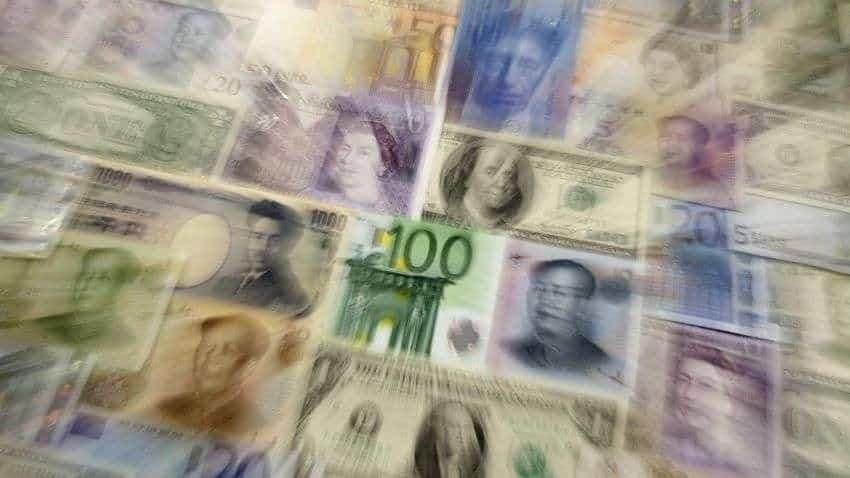 Sterling was also riding high on firming perceptions the Bank of England (BoE) will raise interest rates as soon as next month to curb inflation, despite softer-than-expected UK price data on Wednesday.

"It looks almost certain that the BoE will raise interest rates in November, perhaps again in December, as inflation could get out of control otherwise given a severe labour shortage," said Yukio Ishizuki, senior strategist at Daiwa Securities.

"And globally we are likely to see rate hikes to curb inflation in many countries, which means the U.S. dollar is standing out less than before, in terms of rate hike expectations."

The dollar`s index, having eased 0.3% so far this week, stood at 93.602, near its lowest level since late September.

Leading gains against the dollar were commodity currencies as oil prices hit their highest levels in many years.

The Canadian dollar hit a four-month high of C$1.2308 per U.S. dollar on Wednesday and last traded at C$1.2325, thanks also to higher-than-expected Canadian inflation data.

Against the euro, sterling was near its highest levels since February 2020, at 84.26 pence per euro.

The UK currency held momentum due to rising expectations of BoE rate hike.

British overnight indexed swaps are pricing in about 80% chance of a 0.25% rate hike on Nov. 4.

The positive risk mood weighed on the Japanese yen, often perceived as a safe-haven currency.

The yen is dented by expectations that its trade deficit could widen as rising oil prices boost its imports bill while its car exports are hampered by chips shortages.

In cryptocurrencies, bitcoin hit a record high of $67,016, having gained almost 70% from a low hit a month ago.