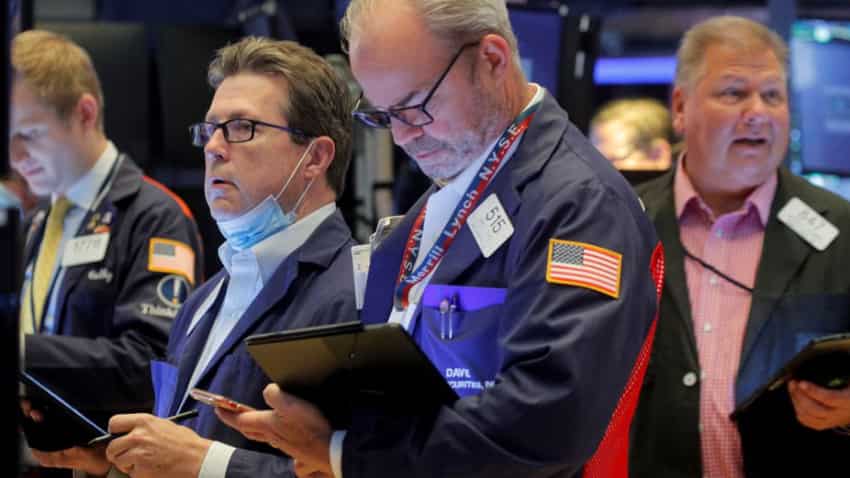 U.S. investment bank Goldman Sachs Group Inc was the latest on Wall Street to trounce market expectations when it reported a 66% surge in third-quarter profit, thanks to a record wave of investment banking activity.

Though some analysts warned investors against complacency so early in the earnings season, especially given current constraints in the supply chain, U.S. stocks joined Friday's rally in global equities.

"We are clearly off to a good start of the third-quarter earnings season, but have miles to go before we sleep," said Arthur Hogan, chief market strategist at National Securities Corp. Hogan noted that only 35 of the S&P 500 companies have reported their earnings.

Unperturbed by news of a fatal stabbing of a British lawmaker on Friday, Britain's FTSE 100 climbed 0.37% to hit a near 20-month high. The UK blue-chip index has now recovered all ground lost since the coronavirus pandemic began in March last year.

Concerns that soaring oil prices could drag on businesses and the economy also took a backseat for now.

Forecasts of an oil supply deficit over the next few months as demand rises on the back of relaxed travel restrictions drove oil prices to a three-year high of above $85 a barrel.

Bets that rising prices are likely to prompt central banks to raise interest rates sooner than expected lifted government bond yields, though gains were more pronounced in the United States than in Europe.

The dollar, bolstered by bets that quickening inflation could prompt the Federal Reserve to raise interest rates sooner than expected, touched a three-year high against the yen, which is usually sensitive to rate differentials. One dollar bought as much as 114.46 yen, the most since October 2018.

The dollar index, which measures the greenback against a basket of other currencies, was lower on the day, however, slipping 0.104%, and set for its first weekly decline versus major peers since the start of last month, having lost a little ground to sterling and the euro.

The return of optimism will be tested by next week's anticipated weaker growth data from China, and the impact of strengthening oil prices on consumers going into the winter months, said Mike Hewson, chief markets analyst at CMC Markets.

European car registrations slumped by more than a quarter in September, and Toyota Motor Corp said it would cut global output in November as chip shortages and supply chain problems continued to dog the sector.

MSCI's broadest index of Asia-Pacific shares outside Japan gained 1.35%, rising 2.1% for the week in its best weekly performance since late June, while Japan`s Nikkei surged 1.81%, led by tech stocks.

Analysts largely attributed the gains in Asia to the U.S. rally.

Chinese shares rose more cautiously than elsewhere with blue chips up 0.38% ahead of next week's growth figures.

A Chinese central bank official said on Friday that the spillover effect of China Evergrande Group's debt problems on the banking system is controllable, in rare official remarks on the liquidity crisis at China's No. 2 developer that has roiled markets.

Bitcoin hit a six-month high of $61,895.05 on Friday, approaching the record hit in April, as traders became increasingly confident U.S. regulators would approve the launch of an exchange-traded fund based on its futures contracts.