Ashish Chaturvedi, Research Analyst at Zee Business said that due to the demand of coal and crude around the globe, huge increase in their prices have been seen. 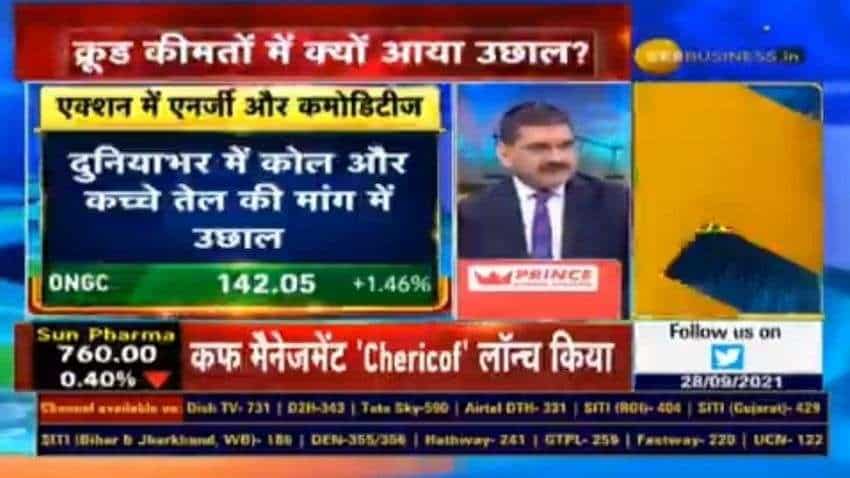 Big action is being seen in the commodities market on Tuesday, said Anil Singhvi, Managing Editor at Zee Business. Speaking on the reasons behind and explaining the situation Ashish Chaturvedi, Research Analyst at Zee Business said that everywhere there is growth and shortage.

The research analyst said that due to the demand of coal and crude around the globe, huge increase in their prices have been seen. Brent is around 80 Dollar per barrel, a high of 3 years, he added.

He said that panic buying is being seen in UK leading to shortage of petrol. The shortage is so severe that military has been put on standby as part of further measures to address the situation, the analyst said.

The shortage of coal is also getting severe in China as the demand of electricity has increased. The research analyst explained that a big repel impact can be seen due to shortage of coal as Goldman Sachs has reduced China's GDP expectation to 7.8 percent from 8.2 percent in their report. Because of this, around 44 percent industrial activity in China will be impacted, he added.

Explaining the reasons behind shortage of coal in China, Ashish said that as winter is approaching, there is always a concern of increase in pollution in China because of which certain restrictions have been imposed.

While talking about prices of coal, the analyst said that Australian coal have shown a jump of around 100-150 percent. He added that fertilizers, ceramics companies will have to face losses.

Talking about soft commodities, he said that only cotton is currently showing growth and is at 9 years high. There is a pullback and fall in sugar and coffee, he added.