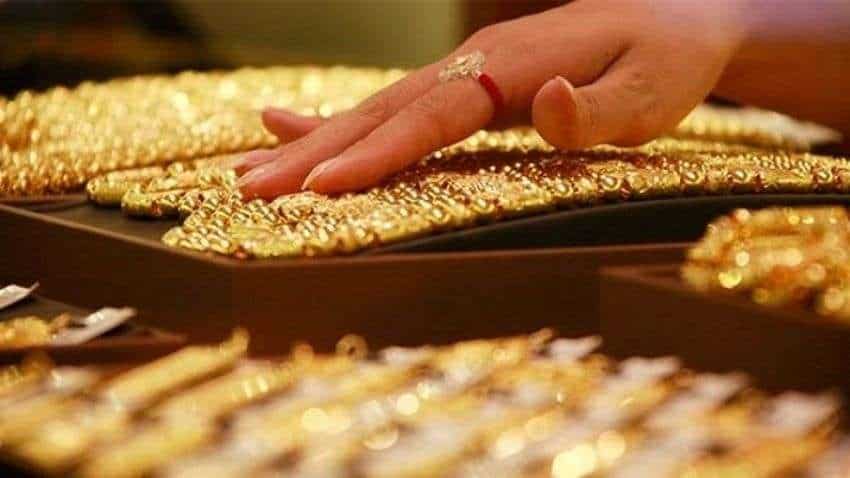 Bullion slipped as much as 2.7% on Thursday, and dropped 1.8% so far this week, Reuters data showed. The dollar held near three-week highs against a basket of major currencies after strong U.S. economic data fueled expectations for earlier policy tightening by the U.S. Federal Reserve, it said.

Both the precious metals also settled on a weaker note in the domestic markets as well with a cut of over 1 percent each.

International gold spot and futures crashed over 3% on Thursday as strong U.S. retail sales data boosted dollar and raised bets that the Federal Reserve may hasten its tapering.

International silver spot and futures also crashed almost 5% on Thursday tracking the strength of the dollar and weak gold prices.

Positional traders are advised to create fresh buy positions especially in Gold in small dips near Rs 45900-45700, traders should focus important technical levels given below for the day:

The precious metal had a meltdown in the aftermath of better-than-expected US retail sales data, which is one of the major parts of measuring US economic strength.

A strong retail data could trigger a more hawkish commentary from Fed which further means tapering and higher interest rates just got a little closer.

Gold on MCX also cracked vertically and closed just above Rs 46000 turning all technical indicators in the favor of bears. The safe heaven has fallen into danger zone and could anytime break Rs 45000 if the levels of $1745/oz in US is not respected.

We expected the fall of precious metals already from few days as the U.S Federal Reserve meeting is due on 21-22. There are news reports that the U.S central bank will start withdrawing its assets purchases.

We have seen rise in the inflation in the U.S due to delta variant. Precious metal acts as a hedge against a rise in inflation, this is the common phenomenon, but overall trend is weak for now.