Gold logs best week since May as inflation fears grow 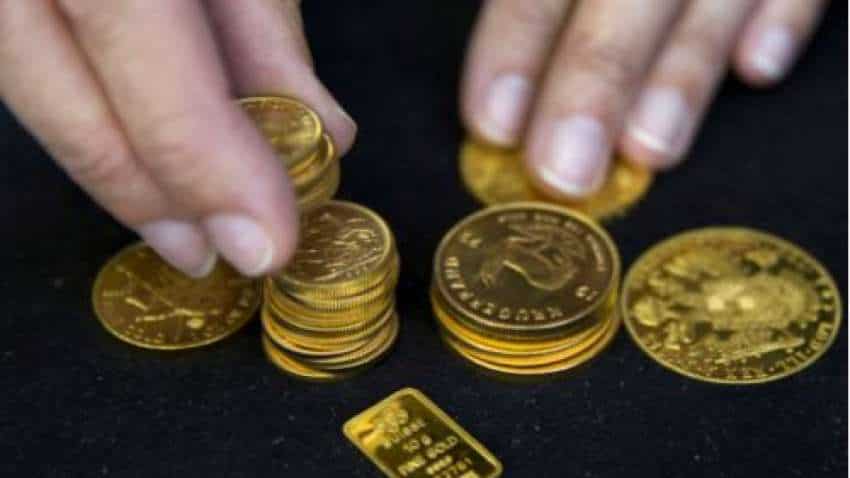 Gold prices rose on Friday and were on track to post their best week in six months, with bullion`s appeal as an inflation hedge burnished by a surge in U.S. consumer prices.

Gold has gained as much as $110 since Nov. 3, bolstered by deepening fears of inflation and reassurances from key central banks that interest rates would remain low for the time being.

"It`s a corrective day. Traders are taking profits after an incredible run. Logically, if you are not taking something off the table with a $100 rally, you`d be kind of foolish," said Phillip Streible, chief market strategist at Blue Line Futures in Chicago.

Bullion has also shrugged off strength in the dollar this week as data showing a big jump in U.S. consumer prices in October took centre-stage. A stronger U.S. currency typically dampens demand for bullion among buyers holding other currencies. [USD/]

Societe Generale analysts forecast gold prices to average $1,950 an ounce in the first quarter of 2022, given the "renewed commitment from the Federal Reserve to support the economy while letting inflation printing higher."

Reduced stimulus and interest rate hikes tend to push up government bond yields and raise the opportunity cost of holding gold, which pays no interest.

Limiting any upside in gold, yields on the benchmark 10-year note edged higher.