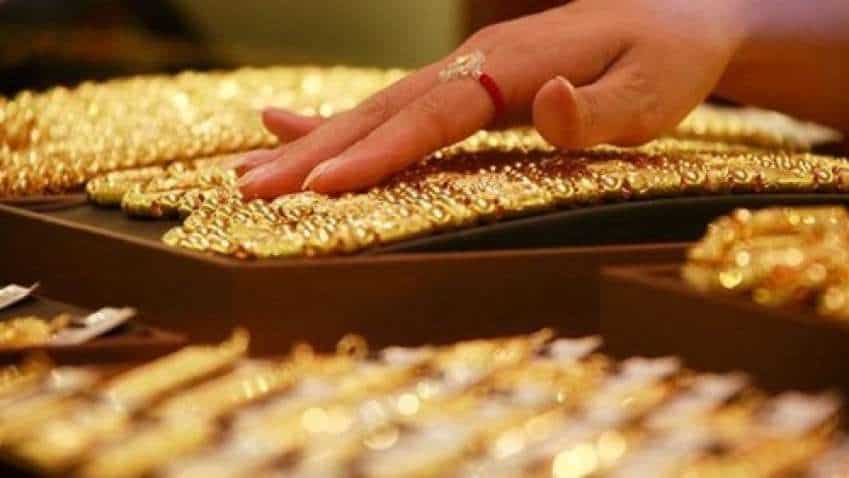 Ahead of Akshaya Tritiya tomorrow on May 14, the commodity analyst predict the yellow metal will see a buying sentiment, however, this time it will be more digital buying than physical.

It is considered auspicious to buy a Gold on Akshaya Tritiya, which is termed as the beginning of Treta Yug. As the term ‘Akshaya’ means ‘never diminishing', it is believed that buying Gold on this festival guarantees endless wealth.

The commodity and currency analyst at IIFL Securities Anuj Gupta expects, despite lockdown, the gold buyers won’t hurt the sentiment of the festival. He believes, the precious metal is more likely to purchase either by digitally or ETF or Gold Bonds, as the majority of parts of India, are relying under lockdown.

He explains, “We may not see the fervour of festival amid second wave concerns but neither we would be disappointed to see the participation of Gold buyers not only for good luck but also for as investment option the in precious metal.”

Gupta says, the festival doesn’t demand to buy only Gold rather any auspicious thing could be bought, but Gold is cheap in terms of valuation and play an important role spiritually and mythologically.

He further adds, the yellow metal has seen consolidation and after a brief correction it’s rising again, he expects by this year-end the yellow metal to grow by Rs 53000-54000 per 10 gram and by the first quarter of FY22, is expected to breach the Rs 50000 per 10-gram mark.

In line with Gupta, Motilal Oswal’s Research Vice-President Amit Sajeja, says the demand for the yellow metal has surge exponentially from November 2020 to March 2021. However, the market saw some corrections due to rising bond yields and the dollar index, due to which Gold has stabilised and would grow over Rs 50000 per 10 gram by end of June-July, adds Sajeja.

“Unlike physical gold, buying yellow metal digitally or through ETF/Gold bonds is much easier and reasonable as the buyers don’t have pay the holding price of gold plus it has feasible approach,” explains the Sajeja while mentioning how the digital purchase of the yellow metal is good and accessible.

Sajeja predicts, Lockdown has forced shops across segments to close, increasing the e-commerce and digital/virtual avenues more. He expects, the Akshaya Tritiya may see a muted response but buyers would definitely participate considering the importance of Gold has this day.