Zomato share price: Shares of Zomato are in focus amid reports that the restaurant aggregator and food delivery company is winding up its 10-minute food delivery service Zomato Instant. 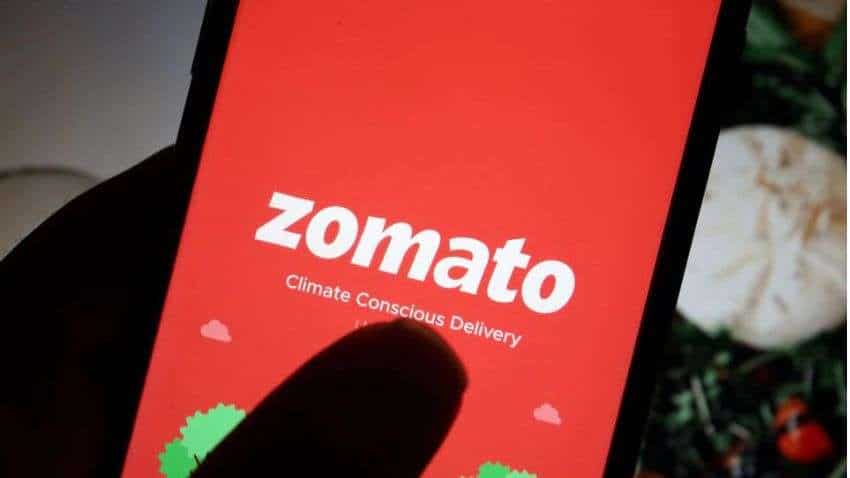 The logo of Indian food delivery company Zomato is seen on its app on a mobile phone displayed in front of its company website in this illustration picture taken July 14, 2021. Pic: Reuters

Zomato share price: Shares of Zomato are in focus amid reports that the restaurant aggregator and food delivery company is winding up its 10-minute food delivery service Zomato Instant. The stock traded flat in afternoon deals today, quoting Rs 51 apiece on NSE.

Ravi Singh, VP and head of research, Share India, said that the stock is currently facing selling pressure and may touch the level of 46 in the near term. He recommended investors exiting, adding that the recent turmoil in the company is affecting the stock.

He, however, added that the company has shown slight improvement in its September quarter financial numbers but many concerns still remain for Zomato.

Zomato announced the 10-minute food delivery service called ‘Zomato Instant’ last year. CEO Deepinder Goyal had earlier said, "Nobody in the world has so far delivered hot and fresh food in under 10 minutes at scale, and we were eager to be the first to create this category, globally!"

Gupta was also a Co-founder, Siddhart Jhawar was Vice President of Global Growth Initiatives and Head of Intercity Food Delivery. Ganjoo was Head of New Initiatives. In September, Nitin Savara, who was in the capacity of Chief Financial Officer, had put his papers.

Meanwhile, Zomato chief executive Deepinder Goyal said the company was looking to hire 800 people across roles such as growth managers, software development engineers and even chiefs of staff to CEOs of Zomato, Hyperpure and Blinkit.

Also, read- Budget 2023: What is Finance Bill and how is it different from Money Bill?

Zomato shares fall to lowest level in nearly six months. Should you use this opportunity?