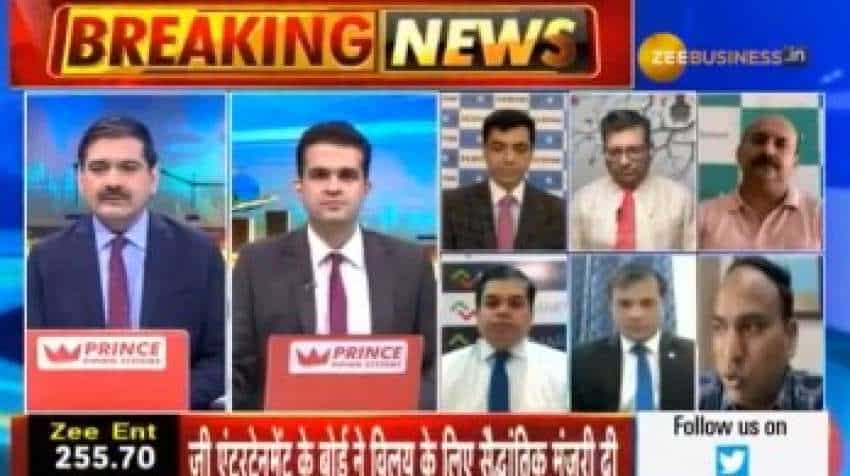 ZEEL board unanimously gave an in-principal approval on the merger between ZEEL and SPNI: ZEE Business

The Board of Directors of ZEEL on Tuesday unanimously gave an in-principal approval on the merger between ZEEL and SPNI.

The Board has evaluated not only on financial parameters, but also on the strategic value which the partner brings to the table, ZEEL said in a statement.

Sony has good content on sports and Zee has a strong regional base, analyst Siddharth Sedani said calling it a lucrative deal. Moreover, the OTT (over-the-top) platforms of both companies are strong and would give tough competition to its global OTT peers like Netflix.

This merger between ZEEL and SPNI would be very valuable with respect to strength and synergies as both companies would help each other in terms of content creation to distribution, Sedani added.

Tradeswift's Director Sandeep Jain called it big news in the media space adding that this merger between ZEEL and SPNI will redefine the entertainment and media industry. It will have a positive impact on other media stocks too, he added.

According to Jain, the shares of ZEEL have shown a spectacular surge in the last few days after a long correction lately, moreover, the stock has also underplayed the overall media rally. He adds, we will see more growth and strength in the company as Sony is a world leader and Zee India leader in media.

Another market expert Varinder Bansal said that this merger was akin to hitting the ball out of the park. The strength of Sony and the Distribution of ZEE is a good mix-up, he said. He termed this merger to become a massive entity in the media industry, which is unprecedented.

Most brokerages are already expecting EPS of 20x by FY24, however, if everything goes as per plan, there are chances the valuations may go above 25-30 multiples going forward, the market expert explains while decoding the merger between two media entities, Banal said.

ZEEL’s GEC (general entertainment channel), auditors, management all the concerns will go once Sony comes on the board, Bansal said, adding further this has happened for the first time that an MNC company is investing in a listed media company.

This merger will also trigger a massive re-rating of Zee promoters, the group’s entities, and would create enough opportunity for the overall Zee group, the market analyst said.

NV Capital Co-founder Vivek Menon said that after the merger talks of Sony Entertainment with Viacom18 dropping, this consolidation will add synergies to the existing portfolio of both the entities, especially in the verticals of Sports & OTT. Further ZEE would also have access to Sony's international catalogue to exploit and monetise.

The corporate governance overhang of ZEE Entertainment should also fade away with this merger and enhance investor confidence. To add, the combined entity will be in a superior position to compete with Disney more effectively both on the distribution and advertising side, Menon adds.

What makes one a celebrity? The answer is here! Zee Zest announces FIT FAB FEAST with Huma Qureshi - Check all key details