Zee Business Senior Research Analyst Varun Dubey explains each of the company’s results that were out yesterday and also notifies the earnings of the companies that are scheduled to release today. 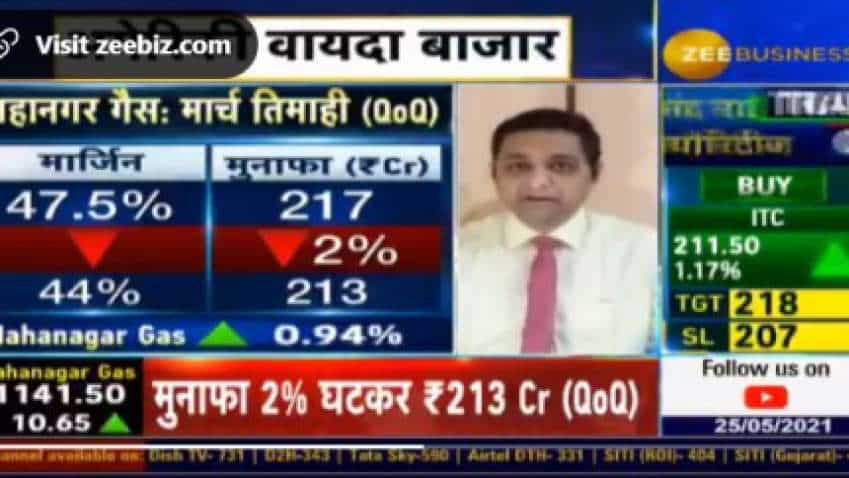 Zee Business Senior Research Analyst Varun Dubey explains each of the company’s results that were out yesterday and also notifies the earnings of the companies that are scheduled to release today.

Stating that the majority of Nifty companies’ results are out, Dubey said, earning results would be a trigger today for the market, mostly are from the F&O space, in which Alkem Labs. From Cash, earnings, which are scheduled today - Anjani Port Land, VIP Industries, Thermax, Transport Corp among others.

Moreover, there are ex-dividend of some companies scheduled in this week on May 27 such as Britannia at Rs 12.5 per share and TCS of Rs15 per share, Dubey added as today’s trigger.

Similarly, Dubey in its after-market result analysis said, Grasim, a Nifty50 company was almost in-line with respect to expectations. The sales of the company stood at Rs 4394 crore versus Rs 4440 crore of expectation, Margins at 18.4 per cent versus 18.7 per cent expectations, grew by 8.8 per cent.

He added, Grasim reported profit at Rs 480 cr little above the estimate of Rs 460 crore, and declared a dividend of Rs 9 per share.

Explaining the important results, which were released after the market yesterday, Dubey said, Mahanagar Gas was slightly below estimate, as it reported revenue growth of Rs 718 crore, the margin was down at 44 per cent from the estimate of 44.5 per cent, profit at Rs 213 crore below the estimate of Rs 225 crore, however, the sales volume grew by 44 per cent and has declared a dividend of Rs 14 per share.

Trading at day’s high level, Balaji Amines, and IG Petrochemicals results have been extraordinary, while Barbeque Nation has come into profit after loss in the same quarter previous fiscal, Dubey said.

Speaking about the most buzzing stock today, Dubey said, Brookfield’s Clarios to sell its 10 per cent stake in Amara Raja, which comprises 1.17 crore shares with an overall value of Rs 1274 crore that would be sold at the floor price of Rs 746 per share, at a discount of 4.5/5 per cent from yesterday's closing.

Clarios has a shareholding of around 24 per cent in the Amara Raja, of which they will off-loading 10 per cent stake, added Dubey.