Sumeet Bagadia, Executive Director, Research at Choice Broking highlights technical patterns on Yes Bank and SBI for readers and investors. This will help them to understand how to trade in these two stocks. Choice Broking maintains Buy rating on SBI with target price of Rs 470. Anand Rathi lowered target on Yes Bank to Rs 14 with sell rating. 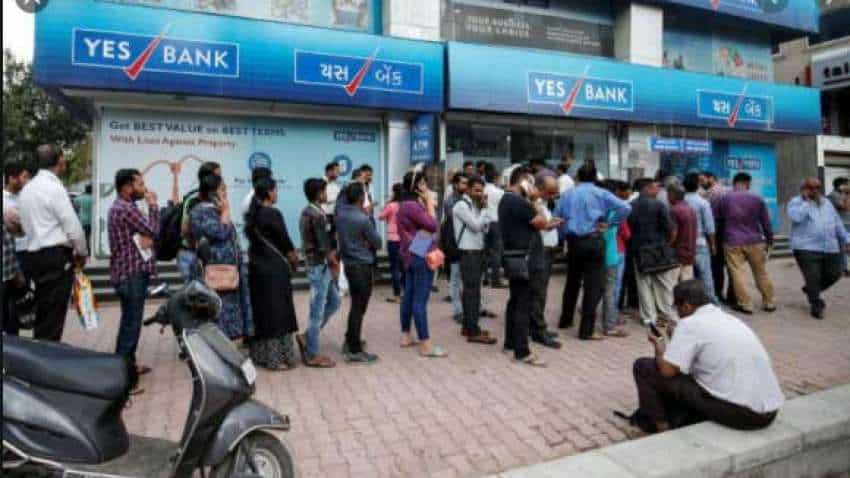 Sumeet highlights that on the daily chart, Yes Bank has been trading in the Symmetrical Triangle pattern and also finding resistance at 200 days Simple Moving Averages. Yes Bank has sustained below Ichimoku Cloud Formation, which is indicating a bearish move for the long term. A momentum indicator RSI (14) & MACD has suggested negative biases among the traders, which indicates downward move for near term.

Anand Rathi says that Yes Bank margin expansion, higher non-interest income and lower opex led to a sharp, 1008 bps, sequential decrease in Cost to income ratio, which improved to 39.2%. With the standstill on NPA recognition, asset quality improved. However, Yes Bank’s management disclosed a stressed pipeline of Rs 185 bn, almost twice as much as in Q2 FY21. With higher slippages expected, near-term Yes Bank earnings are expected to be negative. Hence, Anand Rathi lowered Yes Bank rating to a Sell with a target price of Rs 14.

Sumeet says that on a weekly time-frame, SBI has been trading in a bullish trend with good volume spurt. The price has sustained above Upper Bollinger Band formation, which suggests positive strength in the counter. On a daily chart, SBI has traded above the Ichimoku Cloud with positive crossover, which indicates a bullish set-up for the near term. A momentum indicator RSI (14) & Stochastic indicated positive crossover, which supports the bullish trend. So based on the above structure, Sumeet is expecting a bullish move in SBI for near term. Sumeet recommends buying SBI in cash at Rs 408 with Stop loss of 395 and target of Rs 433.

Choice Broking says State Bank of India (SBI) reported a strong set of numbers for Q3FY21, above market estimates, with net profit at Rs 51.9 bn (13.6% QoQ) on the back of lower provisioning and strong operating performance. Along with strong business growth (credit at 7.6% YoY) and profitability, improvement in assets quality was significant. SBI reported proforma GNPA at 5.44% (down 44 bps QoQ) and NNPA at 1.81% (27 bps QoQ decline) which looks comforting considering the pandemic led turbulence to economy impacting industry performance. SBI received restructuring applications worth of Rs 181.3 bn out of which 65% are from corporate segment and 21% from the retail segment. Choice Broking maintains Buy rating on SBI with target price of Rs 470.