What would work in favour of SaaS companies is the ease with which they are able to serve global markets, which is inherent to the SaaS model. 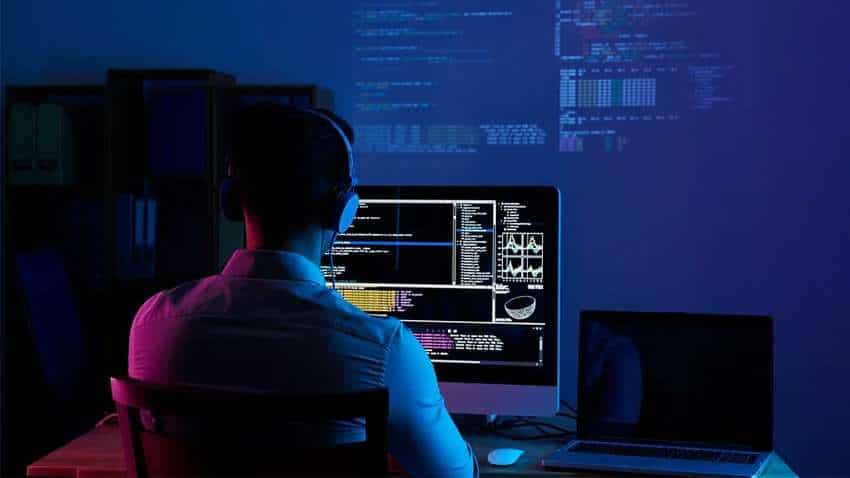 The spectacular listing of Freshworks on NASDAQ has signalled growing investor interest in Indian SaaS (software as a service) companies and could trigger a flurry of IPOs from the sector. Pixabay pic.
Written By: Prashant Singh
RELATED NEWS

The spectacular listing of Freshworks on NASDAQ has signalled growing investor interest in Indian SaaS (software as a service) companies and could trigger a flurry of IPOs from the sector. Freshworks IPO, which became the first Indian SaaS start-up to get listed in the US, raised $1.03 billion at a valuation of $10.13 billion with a $300 million revenue giving a 30x valuation to its investors. Manav Garg, CEO & Founder, Eka Software Solutions, shares his views and tries to answer - Will Freshworks listing on NASDAQ act as a catalyst for SaaS companies in taking IPO leap.

Manav Garg says, "Experts believe that the recent listing of Freshworks as well as the filing of papers by RateGain will give confidence to many other domestic SaaS players to go for listing in either domestic or global markets. Following in the footsteps of Freshworks, RateGain Travel Technologies, the largest travel and hospitality SaaS company in India will be the first Indian SaaS company to get listed on the Indian stock markets. The company had last month filed the draft documents with Sebi and is said to be looking to raise about Rs 1200 crore through the IPO."

"Most in the industry believe that the abundance of engineers, IT professionals, and access to global markets is helping Domestic SaaS companies attract huge investments and build on top of the success of traditional IT services companies. As per SaaSBoomi Report, around USD 6 billion has already been pumped into them so far, with over USD4 billion coming in the past three years alone," adds Garg.

Garg further opines, "With four new SaaS unicorns within this year, it is evident that both International and Indian investors are only now turning their focus to SaaS and are exploring the untapped potential of B2B SaaS, which in the west has helped companies like Slack, Stripe, and Twilio scale their businesses in a matter of years. While global investors have been cashing in on the high valuations of SaaS companies from markets like NASDAQ, RateGain IPO, which is the maiden issue from the SaaS space in the domestic market, will give Indian investors an opportunity to dabble into this space and would emerge as a test case that would decide for many other SaaS players, who are weighing the option of an Indian or overseas listing."

'Things in favour of SaaS firms'

"What would work in favour of SaaS companies is the ease with which they are able to serve global markets, which is inherent to the SaaS model – requiring minimum on-ground personnel or infrastructure investment to scale in any other country, unlike traditional IT services. This advantage allows Indian companies to not only compete with their international peers on a level playing field but also, in some cases, become industry leaders – helping them to be valued in line with premium SaaS peers, given their high growth rates, sticky revenue, and attractive margins," says Garg.

"The potential for high-octane growth is driving a change in the Indian software sector, where more professionals from diverse backgrounds are now pivoting in the middle of their careers to pursue product management, data science courses thanks to the ed-tech boom to switch over to SaaS companies. This pivotal shift in the talent supply chain will only make it easier for SaaS to thrive, expand and attract more investment," he added.

Commenting on the future of SaaS in India, Garg said, "In a report by SaaSBoomi it is predicted that India’s pure-play SaaS ecosystem will generate $50-70 billion in revenue by 2030. It could create $500 billion $1 trillion in value in the next ten years, challenging the market dominance of the traditional software developers like TCS, Infosys, HCL, and Wipro. To the average investor, the technology sector looks like one big bucket with good returns – so the essential question is, what is the difference between traditional IT services behemoths such as Infosys and TCS, and SaaS companies. IT services companies thrived in the last two decades on the need for organizations to run short-term fixed duration projects aimed to fill the talent gap that their customers had to drive automation or digitization. This bucketed Indian IT companies as providers that are apt for back and mid-office technology transformation, always underpinning them when compared to their global peers."

Garg further adds, "IT companies would have dedicated project teams that work with the customer to drive the implementation of the project. In the long run, the customer would either upskill their talent pool to move the project in-house or outsource it completely based on the criticality of the process. By contrast, SaaS software is always used to augment the capabilities that the customer has and is used mostly for front or mid-office processes where no amount of outsourcing or in-house talent pool can provide the extra value. Unlike IT services, customers pay a fee to get the value from the software that you “rent” and is hosted “in the cloud” and accessed via the internet and is not needed for a fixed duration but becomes a critical part of the customer’s daily job."

"This shift in value perception and low cost of ownership due to the lack of dedicated project teams and infrastructure allows SaaS companies to have high unit economics – with every $1 of revenue having 85-90% flow through and having higher overall margins. As a country that has gone through an IT revolution and helped in changing India’s image across the world, we are at a pivotal point to see if Indian SaaS companies would take this mantle and take the next leap to dominate global markets over consumers and investors alike," Garg concludes.