Despite Foreign Institutional Investors (FIIs) selling to the extent of Rs 736 crore in cash, the market on Tuesday posted a positive performance. Why was that? Due to that the net long index grew by eight per cent from 50 to 58 per cent, explains Zee Business Managing Editor Anil Singhvi. 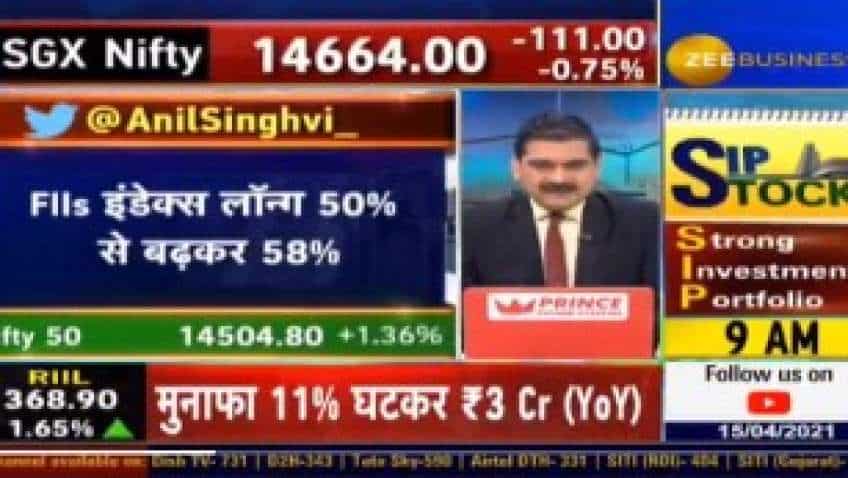 Despite Foreign Institutional Investors (FIIs) selling to the extent of Rs 736 crore in cash, the market on Tuesday posted a positive performance. Why was that? Due to that the net long index grew by eight per cent from 50 to 58 per cent, explains Zee Business Managing Editor Anil Singhvi.

The market guru says, it’s unimaginable that the FIIs will withdraw the wealth they have in markets, at least when the global markets are strong and robust.

The foreign investment institutions have recovered a bit from short-covering, whereas this 58 per cent long position is not that huge. Generally, FIIs stay around 62-63 per cent in the long Index and mostly remain between 60-70 per cent bracket, opines Singhvi.

He points out, despite FIIs selling how did the market grow on Tuesday? Well, it had two reasons: one, they have done buying in F&O Index Futures of around Rs 2000 cr improving their short covering. And second, they also have bought over Rs 1300 cr ins F&O Stock Futures.

He further adds, moreover, the Put-Call Ratio (PCR) has also increased to 1.15 from 0.88, this is a marginally increase and not overboard. PCR is currently balanced and at a comfortable level, as the data predicts.

The Market Guru also mentions three other reasons for the growth in the market on Tuesday. He says, FIIs long positions have increased, but are comfortable. Similarly, PCR has increased, but there is still some room, and third Vix had gone down 11 per cent, it’s expected that whenever Vix declines it is an indication of the market will grow, and it did on Tuesday.

Affirming that there is still room available for upside, the Market Guru says, recovering of short-covering and fresh buying was the actual reason for Tuesday’s up move of the market.

Domestic Institutional Investors (DIIs) are merely spectators, says Anil Singhvi, and they don’t have much to do with Tuesday’s market action by buying of Rs 244 crore.