Exit polls for the 5 state assembly elections are out and the results will be declared on May 2. However, speaking on the topic, Zee Business Managing Editor Anil Singhvi believes that it will have a limited impact on the market with possibly no negative effects. 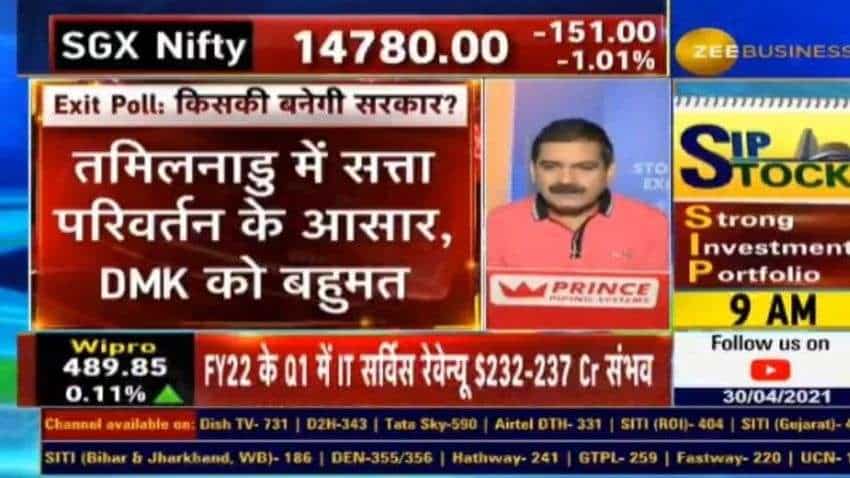 West Bengal, TN, Assam assembly elections results and more: Exit polls for the 5 state assembly elections are out and these show a tough competition between the Trinamool Congress (TMC) and the BJP in West Bengal assembly polls. The results will be declared on May 2. However, speaking on the topic, Zee Business Managing Editor Anil Singhvi believes that it will have a limited impact on the market with possibly no negative effects.

The polling was held in 5 states namely West Bengal, Assam, Tamil Nadu, Kerala and Puducherry. Commenting on this, the Managing Editor said that the results of these five state assembly elections do not hold any importance for the market. It does not matter if BJP forms the government in West Bengal or not.

He said that the logic is similar to whether you see a glass as half full or half empty. If you see it as half empty, then you will say BJP did not manage to form the ruling government in the state, but before this time the saffron party has never been in competition in West Bengal.

BJP's performance has been remarkable compared to the previous state assembly elections, he added. Even if Lok Sabha Elections are considered, still the performance is good.

The market expert said that Kerala and Puducherry are very small states and therefore, the results will not impact the share market. While Tamil Nadu has a limited impact on national politics and there are very few chances that any changes will be seen as only two parties are competing and there is no space for national parties.

Though BJP is trying to build their space in Tamil Nadu but again it will not make any impact on the market, he added.

He further said that Assam is already governed by BJP and exit polls show that BJP will again win the seats there.

The Managing Editor added that data is showing a tough competition between BJP and TMC in West Bengal so anything is possible. The results of West Bengal assembly elections can go in any direction and there is not much to be worried about. If it even affects the market then a limited 75-100 points changes will be seen on Nifty, he said.

He said investors should give importance to state assembly elections only as much as they deserve. But yes, if BJP's performance tends to be very remarkable in West Bengal, Assam and other places then it can please the market but it will not impact it in negative ways, he concluded.