Warren Buffett invested $114.75 - It would have given him whopping $5.3 billion, if he had done this

Warren Buffett published an annual letter to Berkshire Hathaway shareholders. Though he talked about the company’s massive cash balance, the potential of company etc. but let's figure out what he had mentioned about his strategy on investments. 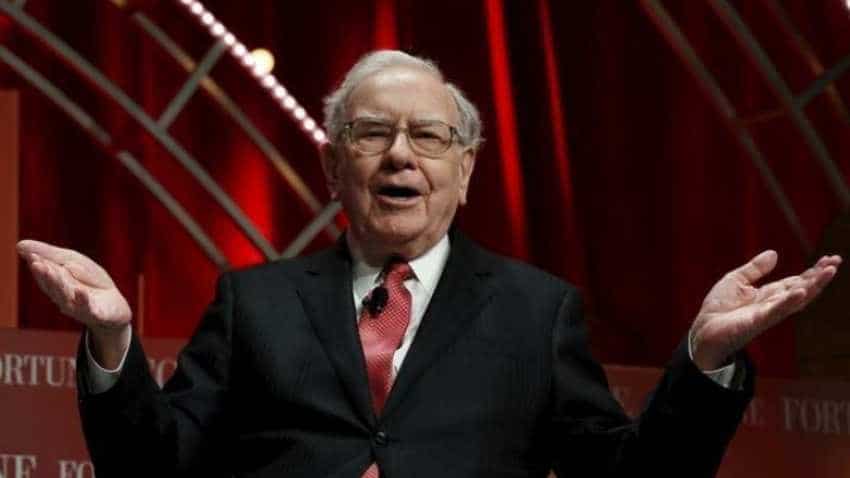 Buffett mentioned about his investment at age six, when he started accumulating money to invest. He invested that collection, a total of $114.75 into some stock at age 11. Reuters

Berkshire Hathaway Inc owned by 'Oracle of Omaha' Warren Buffett, posted its fourth-quarter results of the financial year 2018 last week. The company reported a rare quarterly loss of $25.39 billion. The results included a $3.02 billion write-down for intangible assets that Buffett said was “almost entirely” attributable to Kraft Heinz, in which Berkshire owns a 26.7 percent stake. Buffett also released his annual letter to Berkshire shareholders, which did not discuss Kraft Heinz’s but wrote about his investments and advisory for his investors.

Warren Buffett published an annual letter to Berkshire Hathaway shareholders. It is always greeted as an event when Investment guru address shareholders. Though he talked about company’s massive cash balance, the potential for a large acquisition and why investors should be optimistic about America’s future but let's figure out what he had mentioned about his strategy on investments.

Let's decode the letter and understand, what did World's richest investor reveals about his investment strategy in the USA.

He started with a subhead as 'American tailwind', to which he talked about American economic prosperity and how it blossomed over the past 230 years despite constant adversity and partisan political conflicts. He mentioned how he started his investments and what if he would have invested $1 million to S&P 500 index in 1942.

Buffett wrote, "On March 11th, it will be 77 years since I first invested in American business. The year was 1942, I was 11, and I went all in, investing $114.75 I had begun accumulating at age six. What I bought was three shares of Cities Service preferred stock. I had become a capitalist, and it felt good.

Buffett mentioned about his investment at age six, when he started accumulating money to invest. He invested that collection, a total of $114.75 into some stock at age 11, which he associated with the development of the USA since 1942.

He wrote about the condition of the US prior to 1942 and how it became the world's most powerful and financially rich state.

"Could anyone then have imagined what their new country would accomplish in only three 77-year lifetimes. During the two 77-year periods prior to 1942, the United States had grown from four million people – about 1⁄2 of 1% of the world’s population – into the most powerful country on earth. The U.S. and its allies were suffering heavy losses in a war that we had entered only three months earlier. Bad news arrived daily. Nevertheless, in 1942, when I made my purchase, the nation expected post-war growth, a belief that proved to be well-founded. In fact, the nation’s achievements can best be described as breathtaking.'' added Buffett.

Shockingly that is a massive gain of 5,288 times. For instance, a $1 million investment by a tax-free institution of that time, like a pension fund or college endowment would have grown to a whopping $5.3 billion since 1942.

Well, that is certainly a lot of wealth that could have been made over a period of 77 years according to Warren Buffett. The letter explains to us the importance of a long term investment and why equity has the power to turn around our financial status.