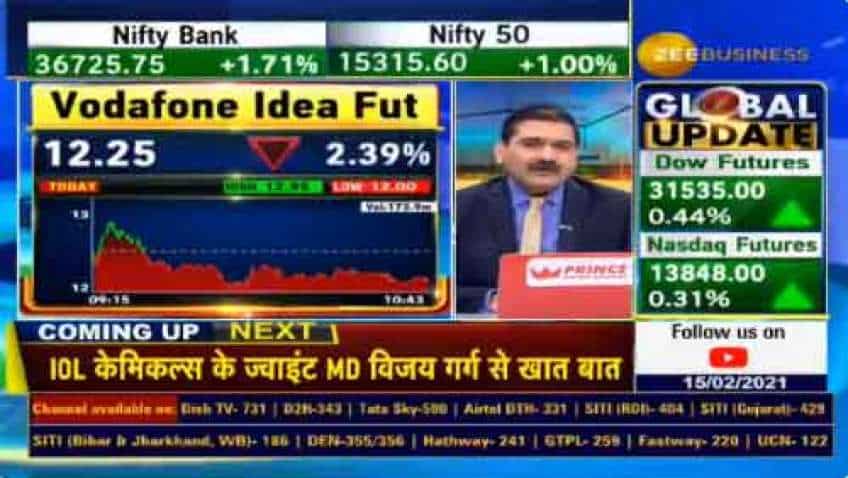 Vodafone Idea has presented its Q3 result. Zee Business Managing Editor Anil SInghvi said that both types of views are being paraded. Many are looking at its result, while others are talking about company's fund-raising plan and seem optimistic about its future.

In order to understand a balanced view, he made a bull vs bear analysis of Vodafone Idea stock.

Talking about its positive side, Zee Business analyst Kushal Gupta said the best part about Vodafone Idea result is that its operating profit and operating margin have improved more than expected. " As per our expectations of 3900 crore, Vodafone Idea has registered a profit margin of Rs 4300 crore. Most important fact is that as we were expecting that the company will lose 40 lakh customers, it has been able to save its 50 per cent of customer from breaking away and only 20 lakh customers have switched to other telecom operators."

Countering his view, Zee Business another analyst Varun Dubey said it is seventh quarter that we have witnessed Vodafone Idea losing customers to their rivals. If it continues to lose customers this way, it will join likes of MTNL and BSNL, Varun said.

As per CLSA, Average revenue per user (ARPU) of Vodafone Idea in FY 22 will increase by 30 per cent implying that there will be 4 to 5 percent increase in its ARPU can be seen in every quarter, Kushal said. Dubey, however, contended that the company has not shown any progress as far as ARPU is concerned and it continues to have the weakest ARPU in the industry.

Talking about Vodafone idea fund raising plan, Kushal said the company has received Board's approval to raise Rs 25,000 crore and talks regarding this has also started with investors. If this materializes, it takes away most of the problems of the company in near future, he added.  To this, Varun said even if company manages to raise this fund, it has Rs 50,000 crore AGR payment due. Besides, even if it does makes the complete AGR payment, how it is going to compete with its rival and how it is going to get money for 5G?