BCCL is a market leader in Light Hair Oil (LHO) segment with over 64 per cent market share ahead of Keo Carpin and Marico Hair & Care. It has outgrown the overall hair oil industry consistently over the last one decade 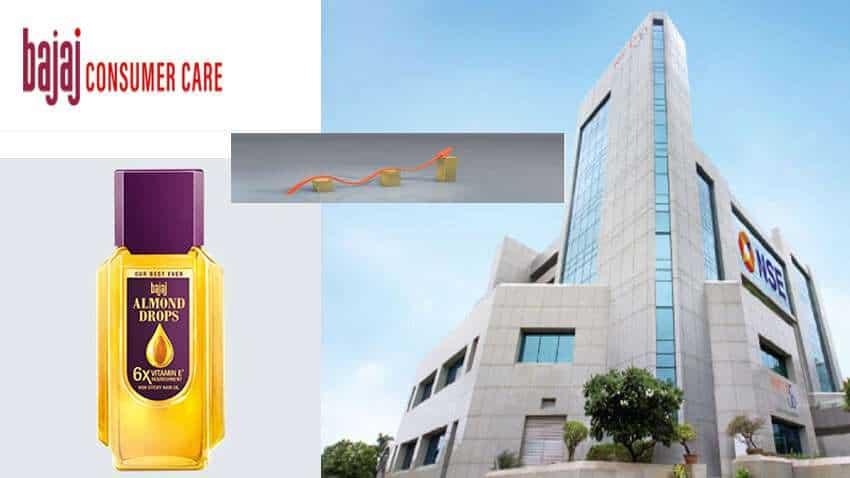 Today, the stock was trading at Rs 259.25 on the NSE at 1:45 pm, up 0.86 per cent from the Wednesday closing price.
Written By: Shivendra Kumar
Edited By: Kshitij Anand

With structural changes in place, Bajaj Consumer Care Limited (BCCL) is all set to make deep inroads the total hair oil portfolio, according to a report published by HDFC Securities. Notwithstanding company’s dependence on single category products, the brokerage firm said that BCCL shares trade at “extremely unfair discount” against its FMCG peers.

The company is a part of Shishir Bajaj group which has business interests varying from sugar to power infrastructure development. It is one of the leading players in the hair oils market, with a strong niche in the light hair oil (LHO) segment.

It recommends a BUY on this stock with a target price of Rs 290 (16x FY23E EPS) and 317 (17.5x FY23E EPS) over the next two quarters. The estimates are base case fair value and the bull case fair value, respectively, the report further said.

Promoter’s pledge which was major overhang has been completely removed. Appointment of Jaideep Nandi to be a game changer, the reports said.

Redefined focus on becoming multi-product company, potential acquisition in hair care/personal category and higher dividend payout will be key re-rating factor for the stock going ahead. The focus on becoming a total hair oils player (with foray in coconut and Amla oil) with addition of new products to augur well. This is also likely to give BCCL an access to underpenetrated South India markets.

Hair Oil accounts for half of hair care industry (shampoo and hair dyes account for the rest). The hair oil market is worth Rs 13,466 cr in India with perfume oil accounting for Rs 8658 cr while coconut oil for 38 per cent or Rs 4808 cr.

BCCL is a market leader in Light Hair Oil (LHO) segment with over 64 per cent market share ahead of Keo Carpin and Marico Hair & Care. It has outgrown the overall hair oil industry consistently over the last one decade.

The company has taken 5 per cent price hike over the past two quarters and the entire benefit should be visible Q2FY22 onwards.

BCCL reported weak Q1FY22 results clocking a revenue growth of 9.7 per cent on a weak base. Core business grew 20.4 per cent after stripping out sanitizer from the base quarter (since discontinued).

Input costs pressures coupled with rise in advertisement spends (+15.8 per cent yoy on a base that was down 36.4 per cent) led to an 8.1 per cent decline in EBITDA.

The company has had a stellar run in first half of last decade where BCCL reported sales/PAT CAGR growth of 23 per cent/16 per cent (FY10-15). It could manage only 3 per cent CAGR sales growth over FY16-21 due to liquidity crunch.

Under its new strategy, BCCL is eyeing to double the market share in hair oils by focussing on total hair oil portfolio, which is worth Rs 134 bn rather targeting Light Hair Oil (LHO) segment which accounts for Rs 21 bn.

Enhancing its presence in southern and western markets, which is otherwise limited.

The company will be ramping up its e-commerce and international business, targeting Rs 100 cr revenues in each.