US stocks bear losses amid political woes in Washington

In the week ending September 27, the Dow dropped 0.42 per cent. The S&P 500 lost 1.28 per cent, and the Nasdaq retreated 2.18 per cent. This week marked generally flat trading sessions for the market with a mixed start. 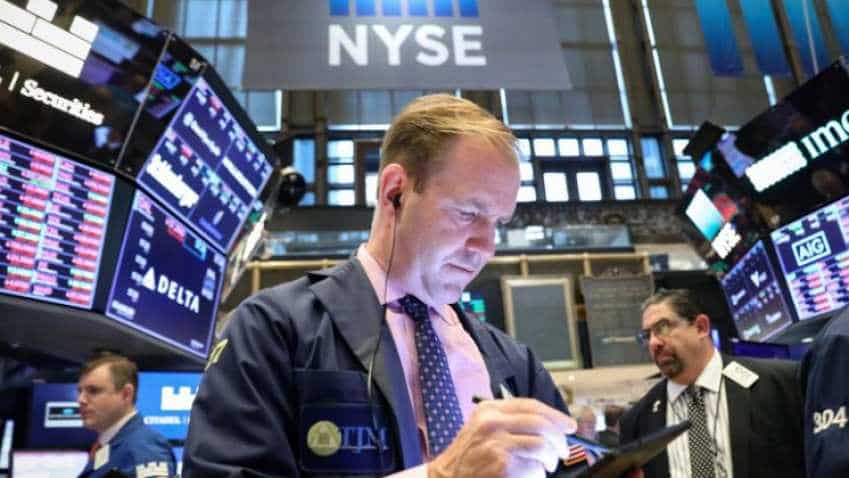 This week marked generally flat trading sessions for the market with a mixed start and a low ending, with the three major indexes closing in green on Wednesday, the only day of the week extending gains. Reuters
Written By: IANS
RELATED NEWS

US stocks finished the week on a downbeat note, as the market was weighed by a series of mixed economic releases that point to the health of the US economy and Wall Street assessed the possible impact of an impeachment investigation against US President Donald Trump. In the week ending September 27, the Dow dropped 0.42 per cent. The S&P 500 lost 1.28 per cent, and the Nasdaq retreated 2.18 per cent. This week marked generally flat trading sessions for the market with a mixed start and a low ending, with the three major indexes closing in green on Wednesday, the only day of the week extending gains.

"The market is telling us that investors remain cautiously optimistic regardless of the recent disappointing macroeconomic data. Dips have been shallow and the market remains in striking distance of all time highs," Mark Otto, global market commentator at electronic market maker GTS, told Xinhua on Friday. "We are witnessing sector rotation in the S&P 500 and this week safe haven plays including utilities and consumer staples (sectors) outperformed all others," the experienced trader at New York Stock Exchange added.

Wall Street have adopted a wait-and-see stance on US House Speaker Nancy Pelosi`s decision to initiate formal impeachment inquiry against Trump. In a released memo of the phone call between Trump and his Ukrainian counterpart Volodymyr Zelensky, Trump suggested that Zelensky cooperate with US Attorney General William Barr in investigating into how Democratic presidential candidate Joe Biden stopped a prosecution of a Ukrainian company, which might be related to his son, Hunter Biden.

The release came one day after Pelosi announced to initiate an official impeachment inquiry against Trump over the controversial phone call on July 25. Pelosi said she would direct six House committees to proceed with their investigations into Trump "under that umbrella of impeachment inquiry." The US House Intelligence Committee released on Thursday morning a whistleblower complaint. The nine-page document exposed details on Trump`s controversial phone call, and stressed that White House officials had intervened to "lock down" all records of the call.

"The market is taking Pelosi`s announcement in stride. The fact of the matter is that no standing President has been forced to leave office as a result of an impeachment inquiry including the most recent which was President Clinton," Otto noted.

The market reaction is likely to be limited at the moment, and this would not have a material impact on the real economy, Swiss investment UBS said in a research report on Thursday. Wall Street seem to focus more on Trump`s trade policy than his risk of impeachment. "The wild card here is how this may impact White House decisions on trade negotiations," the bank stressed.

Meanwhile, Wall Street has digested an array of economic data. On the economic front, the index of consumer sentiment picked up to 93.2 in September as boosted by more favourable income trends, especially among middle-income households, the University of Michigan said Friday in its widely-watched survey.

Yet consumers voiced concerns over rising levels of economic uncertainty, caused basically by partisanship, the global economy and domestic economic policies, according to Richard Curtin, Surveys of Consumers chief economist of the university. What`s worse, US consumer confidence index weakened to 125.1 in September, a sharp fall from August`s 134.2, New York-based business research group the Conference Board said Tuesday.

"The escalation in trade and tariff tensions in late August appears to have rattled consumers," said Lynn Franco, senior director of economic indicators at the group, in a statement. "While confidence could continue hovering around current levels for months to come, at some point this continued uncertainty will begin to diminish consumers` confidence in the expansion," Franco noted.

Personal income increased $73.5 billion, or 0.4 per cent, in August, the Bureau of Economic Analysis reported on Friday. Personal consumption expenditures (PCE), a key metric of household spending, rose $20.1 billion, or 0.1 per cent, which involved increases in spending for goods, primarily for recreational goods and vehicles, as well as falls in spending for services, mainly for food services and accommodations.

New orders for manufactured durable goods in August climbed 0.2 per cent to $250.7 billion, marking the third consecutive monthly growth, the US Census Bureau said Friday. Shipments of manufactured durable goods last month also increased 0.1 per cent to $254.2 billion, following a 1.2 per cent decrease in July. US initial jobless claims increased 3,000 to 213,000 in the week ending September 21 on a weekly basis, the Labour Department said Thursday.

The 4-week moving average reached 212,000, a decrease of 750 from the previous week`s revised average. US real gross domestic product (GDP) rose at an annual rate of 2 per cent in Q2, according to the third estimate released by the Bureau of Economic Analysis on Thursday. The growth came sharply down from the 3.1 per cent pace in the first quarter, amid downward revisions to imports, a subtraction in the calculation of GDP, PCE and nonresidential fixed investment.