US lands big blow on China, designates it a currency manipulator

A yearlong US-China trade war boiled over on Monday as Washington accused Beijing of manipulating its currency after China let the yuan drop to its lowest point in more than a decade. 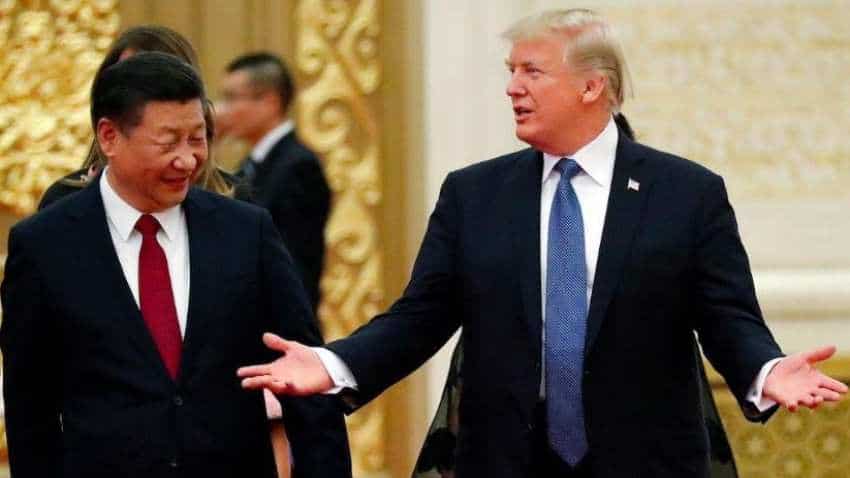 A yearlong US-China trade war boiled over on Monday as Washington accused Beijing of manipulating its currency after China let the yuan drop to its lowest point in more than a decade. The US Treasury Department announced late on Monday that it had determined for the first time since 1994 that China was manipulating its currency, knocking the U.S. dollar sharply lower and sending gold prices to a six-year high.

The designation by US Treasury Secretary Steven Mnuchin starts a formal process of bilateral negotiations between the world`s two largest economies and fulfills a promise made by US President Donald Trump on his first day in office.

"As a result of this determination, Secretary Mnuchin will engage with the International Monetary Fund to eliminate the unfair competitive advantage created by China`s latest actions," the Treasury Department said.

The IMF had no immediate comment. Last month, the global lender said China`s yuan was broadly in line with economic fundamentals, while the U.S. dollar was overvalued by 6% to 12%.

The Treasury statement, made after the stock trading session ended, sent S&P 500 futures down more than 1%, suggesting investors expect Wall Street to open on Tuesday with additional losses following Monday`s drop of 3% on the S&P 500.

The U.S. action came after China let its currency weaken 1.4%, sending it past the key 7-per-dollar level for the first time in more than a decade. Beijing also halted U.S. agricultural purchases, inflaming a trade war that has roiled financial markets, disrupted supply chains and slowed global growth.

Even before the formal designation, Trump on Monday accused Beijing on Twitter of manipulating its currency.

"China dropped the price of their currency to an almost a historic low. It’s called `currency manipulation.` Are you listening Federal Reserve? This is a major violation which will greatly weaken China over time!" Trump tweeted.

Trump had stunned financial markets last week by vowing to impose 10% tariffs on the remaining $300 billion of Chinese imports from Sept. 1.

In its statement, the Treasury Department said the People`s Bank of China (PBOC) on Monday made clear that Chinese authorities had ample control over the yuan exchange rate despite their rejection of any claims of manipulation.

"This is an open acknowledgement by the PBOC that it has extensive experience manipulating its currency and remains prepared to do so on an ongoing basis," the Treasury statement said.

It said China`s actions violate its commitment to refrain from competitive devaluation as part of the Group of 20 industrialized countries. Treasury said it expected China to adhere to those commitments and not target China`s exchange rate for competitive purposes.

After determining a country is a manipulator, the Treasury is required to demand special talks aimed at correcting an undervalued currency, with penalties such as exclusion from U.S. government procurement contracts.

The U.S. Treasury had designated Taiwan and South Korea as currency manipulators in 1988, the year that Congress enacted the currency review law. China was the last country to get the designation, in 1994.

Mark Sobel, a former senior Treasury and IMF official, said Mnuchin was probably ordered by Trump to issue the designation.

"It`s ridiculous that they`ve declared China a currency manipulator. They don`t have any meaningful tools to do anything about it, unless they just want to pile more tariffs on," said Sobol, who now works with the Official Monetary and Financial Institutions Forum, a London-based think tank.

Before the U.S. designation, the People`s Bank of China (PBOC) provided an early impetus for yuan bears by setting a daily rate for the currency at its weakest level in eight months, weakening a long defence that kept the yuan stronger than 7 to the dollar.

The move was made with the blessing of policymakers to factor in market concerns around the U.S.-China trade war and its effect on China`s weakening economic growth, three people with knowledge of Chinese monetary deliberations told Reuters.

Hours before the U.S. action, PBOC Governor Yi Gang, who has been a key player in U.S.-China trade negotiations, said the yuan was now at an appropriate level given China`s economic fundamentals. He said that China would not engage in a competitive devaluation and would maintain the stability and continuity of foreign exchange management policies.

The PBOC had linked the yuan`s weakness to the fallout from the trade war, but said it would not change its currency policy and that two-way fluctuations in the yuan`s value were normal.

With the escalating trade war giving Beijing fewer reasons to maintain yuan stability, some analysts said they expect the currency to continue to weaken further to as low as 7.3 to the dollar.The flare-up in trade tensions has renewed global financial market concerns over how much China will allow the yuan to weaken to offset heavier pressure on its exporters.

Despite slowing economic growth over the past year amid the intensifying trade war, China has not seen a rush of capital flight, thanks to capital controls put in place during the last economic downturn and growing foreign inflows into Chinese stocks and bonds.