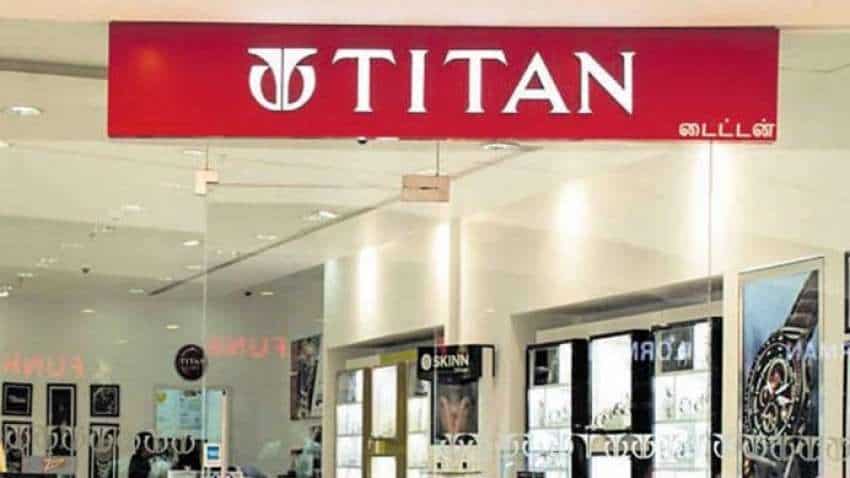 The brokerage projects breakeven in EBITDA and would narrow down its net loss: PTI
Reported By: ZeeBiz WebTeam
Written By: Vaibhav Gautam Bansode
Edited By: Prashant Singh
RELATED NEWS

Buy, sell or hold? What should investors do with these Rakesh Jhunjhunwala owned stocks that hit 52-week high?

The second wave of covid-19 would have an adverse impact on the business of oragnised jewellery and accessory company — Titan Company, the majority of the brokerages point out. They expect relatively a faster recovery is expected in the current financial year as compared to the last fiscal.

The decline of the second Covid wave's impact and the phased implementation of Hallmarking would further strengthen Titan’s franchise as against to peers and accelerate its growth ahead, they say.

In this regard, Emkay Global estimates the first quarter numbers are expected to be weak due to lockdowns, it forecast Titan to report 52 per cent sales growth year-on-year basis and the same would fall by around 60 per cent sequentially).

The brokerage projects breakeven in EBITDA and would narrow down its net loss by Rs 57.2 crore as compared to a net loss of Rs 270 crore in Q1FY21.

Despite the covid impact, low gold prices over the past six months, pent-up wedding demand, continued tailwinds in favour of the organized players like Titan, believes Motilal Oswal Financial Services.

The absence of other spending options such as travel would result in a strong rebound in jewellery sales in subsequent quarters once stores open up, it mentions as positive for Titan going forward.

In its quarterly business update released in July, the jewellery company had also said that it recorded revenue growth of 117 per cent (excluding bullion sales) in Q1FY22, with revenue contribution of near 50 per cent, 10 per cent, and 40 per cent coming from April, May, and June months, respectively.

The stock in the last three sessions have surged around 8.5 per cent from 1714 per share on the BSE and has also hit a new 52-week high today after surging marginally for 1 per cent on the BSE intraday trade today.

At around 11:30 am, It has been trading half a per cent negative to Rs 1825.5 per share on the BSE, in an otherwise positive market with S&P BSE Sensex surging around 1 per cent the same time.

Buy, sell or hold? What should investors do with these Rakesh Jhunjhunwala owned stocks that hit 52-week high?