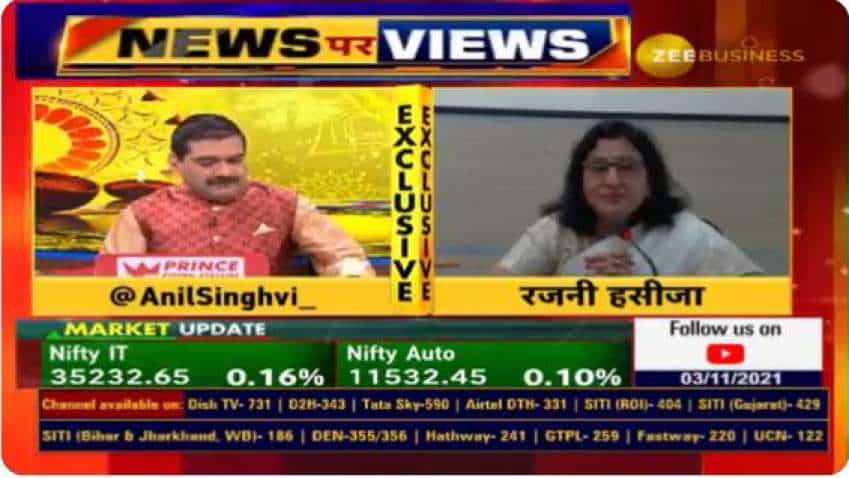 The CMD said that the September quarter results were much better on the sequential as well as year-on-year (yoy) basis.

The conversation was in the backdrop of the latest quarterly results announced by the company on Monday. During the July-September quarter, IRCTC reported an income of Rs 405 cr with operating profit at Rs 211 cr.

The CMD said that the September quarter results were much better on the sequential as well as year-on-year (yoy) basis.

She said that the internet ticketing and Rail Neer segments are now in profits while tourism is still some distance. The losses incurred in catering segment are only Rs 19 lakh this quarter in comparison to previous quarter and that could be achieved any day, she further said. There is still some time to get ack to the cooked food services.

There is a lot of positivity and enthusiasm in the team, Hasija said.

In the internet ticketing segment, the company has surpassed its pre-covid levels. Meanwhile, catering which accounts for 39 per cent of the revenues

In FY20, the revenue from operations stood at Rs 2275 cr and out of this the catering services contributed Rs 105 cr (45 per cent), the CMD said. It is not up to that level as the IRCTC is serving ready-to-eat food. The IRCTC has now witnessing a breakeven and incurring losses.

The vaccination has been a positive development.

Its Ramayana Yatra on 7 November North East frontier have been booked completely and the company had to undertake another train service.

She said that she was hopeful of tourism sector picking up, going forward.

IRCTC shares were trading negatively today at Rs 826.40, down bt almost 2.6 per cent.

Technical Check: 200% in a year! This travel company is showing strength on charts; buy on dips