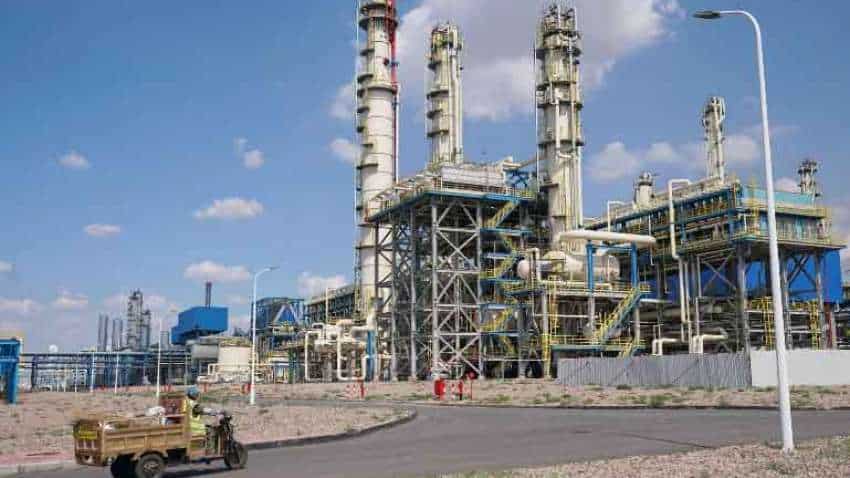 Tata Chemicals has not finalized its foray in the Li-ion battery business, other than the existing small-scale recycling plant; no investments have been approved by the Board so far: Reuters
Reported By: ZeeBiz WebTeam
Written By: Rahul Kamdar
Edited By: Harish Dugh
RELATED NEWS

Kotak Institutional Equities said that Tata Chemicals reported weak results in 4QFY21 as recovery in soda ash volumes to pre-Covid levels across India and the US was offset by a sharp decline in margins amid lower realizations and higher costs. Kotak says it finds the risk-reward balance unfavorable and downgrades the stock to SELL with an unchanged FV of Rs 540. The lack of progress on foray in Li-ion battery value chain and no visibility on monetization of 2.5% stake in Tata Sons, may reverse the recent speculative rally in the stock.

Kotak highlights that In 4QFY21 conference call, the Tata Chemicals management indicated that:

1)Tata Chemicals has not finalized its foray in the Li-ion battery business, other than the existing small-scale recycling plant; no investments have been approved by the Board so far and any decision may be calibrated on domestic demand, policy incentives and technology tie-ups
(2) Optimism on recovery in soda ash demand following normalization of export volumes from the US; prices and margins may move up with a lag as contracts are reset to expected gradual increase in prices
3) guidance on 50-70% growth in revenues by FY2025 driven by capacity expansions underway for salt, soda ash, sodium bi-carbonate and growth in nutraceuticals portfolio

Motilal Oswal says that Tata Chemicals consolidated EBITDA came in below their estimates, largely dragged down by North America (NA) and Europe, due to the absence of operating leverage and one-time costs. In the last six months, Tata Chemicals has rallied 126%, whereas the Nifty has appreciated by 20%. This outperformance is largely attributable to its plans to enter into the Energy Science biz. (EV cell manufacturing). The Government of India has announced the PLI incentive for the EV Battery business, but plans are yet to be finalized (highlighted by the mgmt. during the 4QFY21 call).

Motilal Oswal says that Execution risk persists in the Energy Science biz, coupled with the risk of margin pressure due to increasing RM prices; particularly, energy costs in soda ash pose a risk to near-term performance. Based on these factors, Motilal Oswal downgrades Tata CHemical from Buy to Neutral rating, target price Rs 628.

Tata Chemicals management said that Demand for soda ash has fully recovered, except for container glass. While the Container Glass biz remains soft, it is expected to bounce back fairly soon with the revival in tourism. Several expansion plans in Soda Ash have been postponed for the next 3–4 years, in turn leading to an increase in spot prices.