Market analyst Vikas Sethi, in a conversation with Zee Business Managing Editor Anil Singhvi, recommended two stocks on Tuesday that could bear bumper results in the short-term. He mentions that these stocks are fundamentally strong and should be bought even if the market is in correction mode. 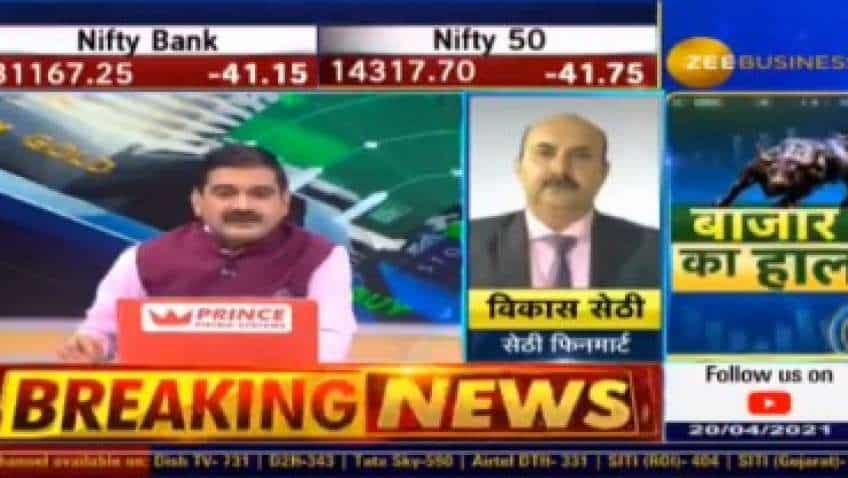 Market analyst Vikas Sethi, in a conversation with Zee Business Managing Editor Anil Singhvi, recommended two stocks on Tuesday that could bear bumper results in the short-term. He mentions that these stocks are fundamentally strong and should be bought even if the market is in correction mode.

Vikas Sethi picked one stock from cement space and the other from the banking sector. One was the southern-based small-cap cement company NCL Industries and other ICICI Bank Futures.

NCL Industries, a Secunderabad-based cement company, is into the business of cement and construction material. It is currently trading at Rs 175 per share level. The company manufactures cement and railway sleeper special cement, mentions Sethi.

The analyst says, the company’s arm Nagarjuna Cement is quite popular in the southern part of the country, and it has a capacity of 47 lakh tons. NCL Industries also has a tie-up with a German-based company called Bison Work, along with whom they make bison cement-bonded particle, which is used in roofing, partitions, and readymade doors.

Sethi explains further that the stock of this company is really cheap with respect to valuations, and it’s available at 6-7 PE multiple. It has reported spectacular results in December-ended quarter with a profit of Rs 41 crore as against Rs 5 cr in the same quarter last year. It has also reported an operating margin of 18 per cent in the third quarter of FY21 and gives a dividend of Rs 2.5 per share.

Since the last four quarters, the promoters of the company have also increased their stake in the company by two to three per cent, the analyst says. He predicts the stock would grow in the coming days and sets a target of Rs 190 per share with a stop-loss Rs 160 apiece.

Expecting splendid results of the heavyweight ICICI Bank, Sethi expects the Futures of this stock to grow to be around Rs 575 per share and keeps a stop-loss of Rs 550 apiece. The current market price is around Rs 558-559 per share level. ICICI Bank Q4 results are due this Saturday i.e. April 24, 2021.

The analyst says, banking and financial stocks are the worst hit whenever a situation like covid erupts. He says, "I may be going against market sentiment, but I believe good results, will boost this bank's futures in the short-term, defying all odds."

To build confidence within the investors, he also points out ICICI Bank Futures have corrected from recent highs and may increase in the coming days, especially after results are declared.