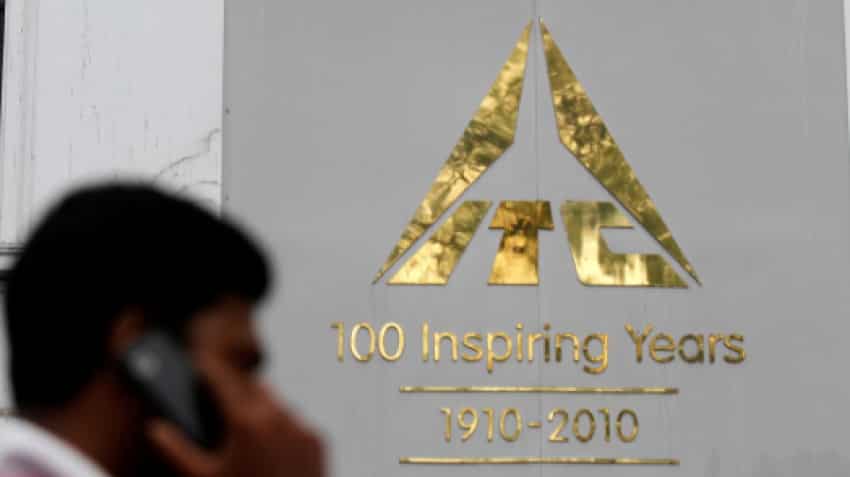 At 1:55 pm the stock was trading at Rs 229.45 on the NSE, gaining 2 per cent of Rs 4.50 from the last closing price on Wednesday. This is its fourth consecutive day of upward movement. Source: Reuters

Shares of ITC Limited continued their upward rally on Thursday and the scrip looks better than most of its Fast Moving Consumer Goods (FMCG) peers according to technical analyst Sacchitanand Uttekar. He recommended this stock for buying today at the current levels arguing that a major upside is seen in it and the stock is placed well to surpass its previous 52-weeks high of Rs 265.30 on the NSE on 18 October.

The stock was also in news today for its for its ‘ITC Institutional Investors and Financial Analysts Day 2021’ which is scheduled on 14 December. The over six-hour event is also its first ever.

At 1:55 pm the stock was trading at Rs 229.45 on the NSE, gaining 2 per cent of Rs 4.50 from the last closing price on Wednesday. This is its fourth consecutive day of upward movement.

Uttekar, who is DVP-Head-Technicals & Derivatives at Tradebulls Securities said that the stock has seen a base formation at levels around Rs 220 and is unlikely to breach it on lower side, indicating minimum downside risk.

The price action from July 2021 from levels around Rs 200 indicated a 5-wave bullish movement towards Rs 265 and the trend ended after the stock hit its 52-week high of Rs 265 in October. It was a corrective move which ended at its 200-day exponential moving average on 6 December and the stock witnessed a bullish Harami sequence.

A bullish harami pattern is a candlestick pattern which indicates trend reversal from bearish moves.

Uttekar said that the current movement will continue and we could see the previous high getting breached decisively over the next 5-7 weeks. He puts the price target in ITC shares at Rs 275.

Buying is recommended at current levels with a stop loss of Rs 220, he said.

He however, replied in the negative when probed about sectoral indicators, if any, that could lead an upswing.

He said that even other stocks in the FMCG segment were not showing any sector specific triggers.

It is one of the leading stocks in the segment on the current form, the DVP said.

He however, said that the investors must also watch out for Godrej Consumer Products Limited which is also trading up, but the vigour and intensity is still lacking. An upside will open for this stock once it comes in a range between Rs 950 and Rs 1000.

The Godrej Consumer shares were trading in the green around this time and were at Rs 928.30, up almost 2.8 per cent or Rs 25 from the previous closing price.