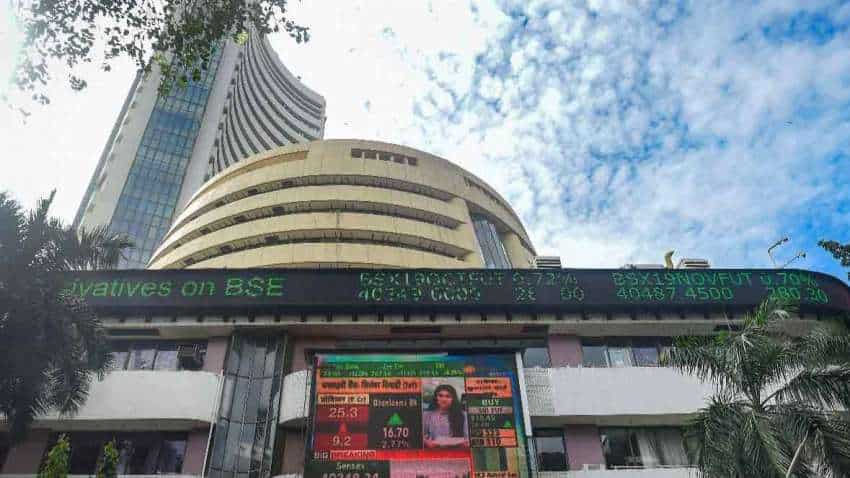 Certain stocks came in the news after the market was closed and these can impact the indices when it reopens on Monday, September 27, 2021. Source: PTI
Written By: Jitesh Kumar Jha
RELATED NEWS

PVR/Inox Leisure: Maharashtra Government approved the opening of cinema halls and auditoriums in the state from October 22. 2021. SOP for entry will be issued soon. Besides, cinema halls and auditoriums in Karnataka will be allowed to operate at full capacity from October 1, while adhering to COVID norms. The guidelines mandate a minimum of one dose of vaccine along with other social distancing norms.

Liquor Stocks: Liquor stocks will remain in focus today as Karnataka Government has permitted pubs to operate from October 3, 2021.
United Breweries: Competition Commission of India (CCI) has imposed penalties totalling over Rs 873 crore on United Breweries Ltd, Carlsberg India, All India Brewers' Association (AIBA) and other individuals for cartelisation in the sale and supply of beer in various states and Union Territories. A final order has been passed against three beer companies -- United Breweries Ltd (UBL), SABMiller India Ltd, now renamed as Anheuser Busch InBev India Ltd (AB InBev), and Carlsberg India Private Ltd (CIPL). The fines on UBL and Carlsberg India are Rs 751.83 crore and Rs 120.6 crore, respectively. A fine of over Rs 6.25 lakh has been imposed on AIBA and various individuals have also been fined by the regulator. The period of cartelisation was considered to be from 2009 to at least October 10, 2018, with CIPL joining in from 2012 and AIBA serving as a platform for facilitating such cartelisation since 2013.

Biocon: US FDA has completed an on-site pre-approval inspection (PAI) of the Biocon Biologics Insulin Manufacturing Facility in Malaysia for Insulin Aspart between September 13 and 24, 2021. After the inspection, the agency has issued a Form 483 with a total of 6 observations across Drug Substance, Drug Product and Devices Facilities. The company does not expect the outcome of this inspection to impact our commercialization plans for insulin Aspart in the US.