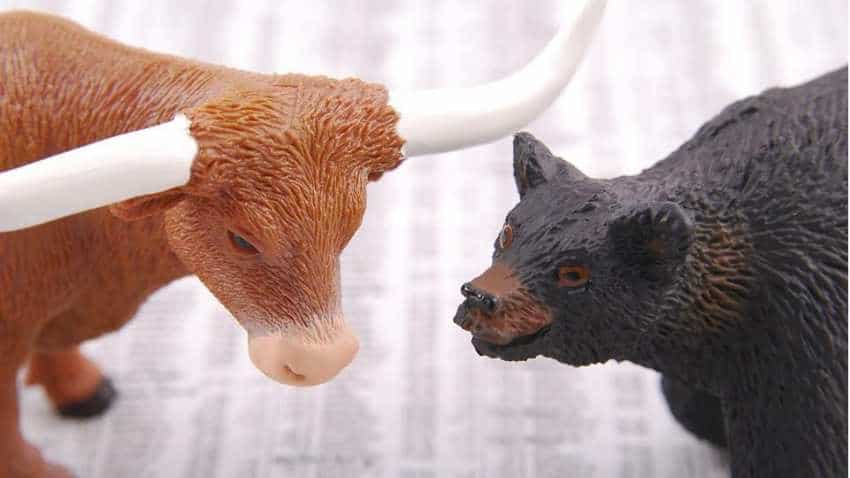 Certain stocks came in news after the market was closed on Tuesday and can impact the indices when they will reopen on Wednesday. Photo: Reuters
Written By: Jitesh Kumar Jha
Edited By: Asit Manohar
RELATED NEWS

REVEALED! These 5 large banks are likely to sell shares to institutional investors

The Sensex and the Nifty ended with strong gains after hitting all-time highs on Tuesday, December 17, 2019. IT and metal shares were in demand. However, there were some stocks came in news after the market was closed for trading purposes and can impact the indices when they will reopen on Tuesday, December 17, 2019. Here is a list of five such stocks:

GST Council Meet: GST Council is scheduled to meet today. During its meet, the council is likely to do away the 18% GST rates on SEZ lease rent, sources. The Group of Ministers (GoM) and commerce ministry have requested the Finance Ministry to remove GST rates on Special Economic Zone lease rent.

Telecom stocks in focus: Telecom Regulatory Authority of India (TRAI) on Tuesday kick-started a consultation process to determine if regulatory intervention is required in fixing tariffs and the need for a floor price for mobile services. The regulator has also sought consultation on issues like the methodology to fix a floor price and ensure that it does not benefit a section of operators with windfall profits. Besides, the regulator also deferred implementation of zero-interconnect usage charge (IUC) regime up to December 31, 2020, and during the period the wireless to wireless domestic calls, termination charge would continue to remain as Rs0.06 per minute. From January 1, 2021, onwards the termination charge for wireless to wireless domestic calls shall be zero.

Bank of Baroda: Fitch, the global rating agency, on Tuesday, took Bank of Baroda off the rating watch negative. In a statement the agency said, the public sector bank's asset quality has remained broadly stable in the six months since its merger with two other state-owned banks, Dena Bank and Vijaya Bank. Fitch affirmed BOB’s Long-Term Issuer Default Rating (IDR) at 'BBB-' and its Viability Rating (VR) at 'bb'. The outlook is stable.

NMDC Ltd: India's largest state-owned iron ore miner on Tuesday said it has received a 20-year extension for four mines in its biggest mining project in Bailadila Sector of Chhattisgarh. The mining leases were earlier valid up to March 2020.

REVEALED! These 5 large banks are likely to sell shares to institutional investors