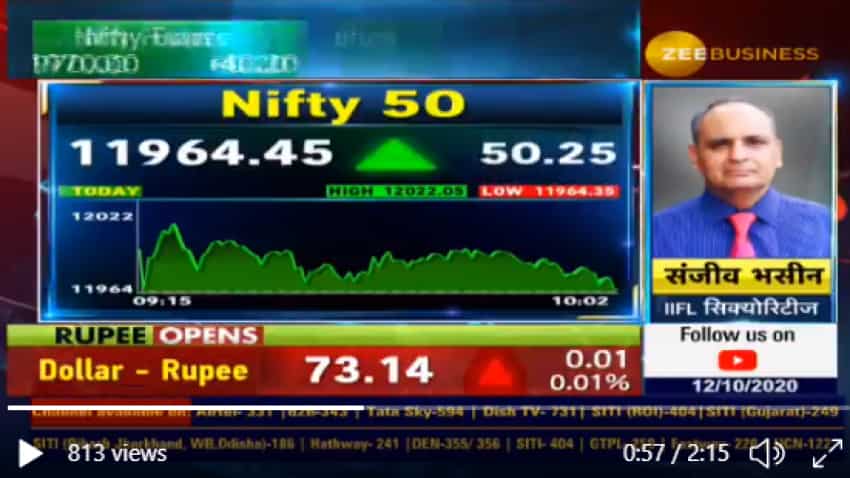 Diwali 2019: Top stocks to choose if you want big money from share bazaar

As the Nifty touched 12,000 level and Bank Nifty 24,000 on Monday early session, market analyst Sanjeev Bhasin in conversation with Zee Business Managing Editor Anil Singhvi said that instead of looking at indexes, people should be focusing on stocks. He said the market will now briefly see profit booking but affirmed that undertone is extremely bullish. Giving a buy call, he said that stocks are likely to attain great heights in the present scenario.

Bhasin said mid-caps along with banking stocks will be outperformers after the Reserve Bank of India announcement. He said the Supreme Court order concerning moratorium om Tuesday is further likely to help banking shares.

He suggested to book profit in Manappuram Finance and Canara Bank, while he asked investors to remain in ONGC.

Bhasin said stocks were even surpassing initial targets and hitting slightly longer-term targets and this trend is very strong currently.

He also gave buy call on BEL. Saying that the stock is underperforming and has huge value, he vouched for BEL to buy at the current rate of Rs 94. He put a stop-loss of Rs 92.25 on the stock and gave a target of Rs 100-103.

Diwali 2019: Top stocks to choose if you want big money from share bazaar