Stock markets fizzling, gold at all-time high; expert explains what you should do

Unsupportive domestic cues and uncertain global stock markets have also played a major role inIndian markets' shower wealth dissipating a little. So far on Monday, as far as the domestic factors are concerned, resignation of RBI's deputy governor today, delay in monsoon, liquidity issues and problems with corporate governance have curtailed the markets. 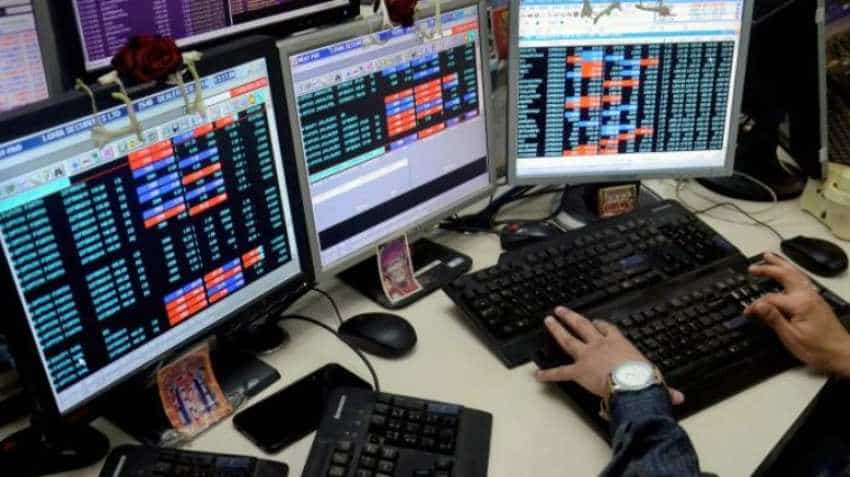 On Monday the Indian equity market started on a cautious note amid weak cues from other Asian markets and rising crude prices. PTI

Indian Stock markets have witnessed severe volatility over the last weak or so. The benchmark indices, BSE Sensex and NSE Nifty 50 have been unable to sustain the record highs of 40,000 and 12,000 levels respectively after the election results. Unsupportive domestic cues and uncertain global stock markets have also played a major role in Indian markets' shower wealth dissipating a little. So far on Monday, as far as the domestic factors are concerned, resignation of RBI's deputy governor today, delay in monsoon, liquidity issues and problems with corporate governance have curtailed the markets. The coming few weeks will further play an important role in deciding how markets perform as the Union Budget 2019 is due on 5th July and Modi 2.0 government is expected to announce benefits and supportive policies this time.

Jayant Manglik, President, Religare Broking told Zee Business Online, ''The lingering trade war tension combined with geo-political risk pressurised the world indices including ours. We do not expect any relief from volatility front in the coming week too, thanks to scheduled derivatives expiry. Meanwhile, participants will be eyeing G20 summit on June 28-29, hoping some resolution on prevailing trade war. On data front, they will also keep a tab on Core sector data, which will be unveiled on June 28. Besides, progress of monsoon and crude oil movement will remain on traders’ radar. Nifty has next crucial support at 11,600 and its breakdown could lead to further decline ahead. In case of rebound, 11,800-11,900 zone would act as hurdle. We advise keeping stock specific trading approach, with focus on risk management aspects. Traders should prefer index majors over the others and maintain positions on both sides.''

On a macro perspective, the week had a massive rally in gold in the international markets due to Fed’s statement on Wednesday. US-Iran tensions and signal for a slowdown in the US economy, resulted in the dollar plunging, which made global investors to pick Gold more. The gold prices on Monday extended gains in early Asian trades, hovering near a six-year peak touched in the previous session. The prices of the precious commodity crossed $1,400 an ounce, the highest since September 2013. As the price of gold hit a lifetime high, bullion dealers have also started luring customers with 1 per cent discount, below actual purchase cost from banks at Rs 34,200 per 10 grams.

Commenting upon the market expectation for the Week, Jimeet Modi, Founder & CEO, SAMCO Securities & StockNote said, When investors become risk averse, that’s the time a shift in gold happens and that’s the time equities start falling. Though currently, equity markets are not pricing in certain risks which the gold investors are aware of and have started to price in, there will be a time when either one of them will be proved wrong. Next week, markets will start speculating on the outcome of budget policies which is usually magnified more by media but stocks may not really swing in the same manner. International factors may affect domestic markets and any confrontational stance in Middle East would be a dampener for equity markets.

Modi further added, ''Investors and traders are advised to maintain status quo and avoid highly volatile sectors such as airlines, NBFCs and other debt laden companies. From a valuation perspective, quality large cap stocks which showed a massive rise in the past few months have now turned expensive and therefore currently should also be avoided. Nifty50 closed the week at 11724, down by 0.83%.''