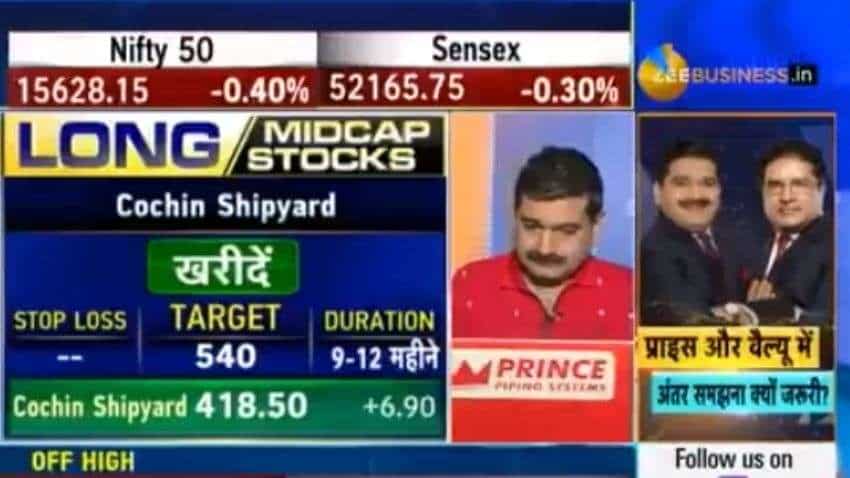 In conversation with Zee Business Managing Editor Anil Singhvi, market expert Jay Thakkar suggested three stocks for good returns. These shares were recommended on Long-term, positional and short-term basis. Below are his picks:

For the long term category, Jay has suggested General Insurance Corporation of India (GIC Re). He said, "The long term target for this stock is 279 while around 170 it has a good support level which can be the stop-loss."

He added that the way GIC Re is consolidating from the past few days and it should give an upward breakout. "Right from the lower levels impulsive patterns can be observed in this stock, rising structures can be seen and there are very few stocks which are still showing this pattern and whose upward target is yet to come. This is one such stock," he added.

He further added that interestingly a double bottom formation has been formed in indicators which is very rare and even the downside risk is less in this stock which is currently Rs 30-35. Upside potential is around 75-80 points.

Jay suggested Rashtriya Chemicals and Fertilizers (RCF) for the positional category. He said that this stock has upside potential and can show levels of around 110. Talking about the support level he said it is around 68 and the risk reward is also very good.

"The risk reward is of nearly 1:2 and we have also seen that all the fertilizers stocks have been in a good momentum," he added.

Jay further said that whenever the stock of RCF will go above the level of 110 then he will suggest long term buy because if it happens it will bring a major breakout.

Sundaram Finance is suggested for short term category by Jay. "Stop-loss should be 2450 and the target should be 3000-3100," he said. He said that the medium term indicators and chart pattern shows that the stock is bullish.