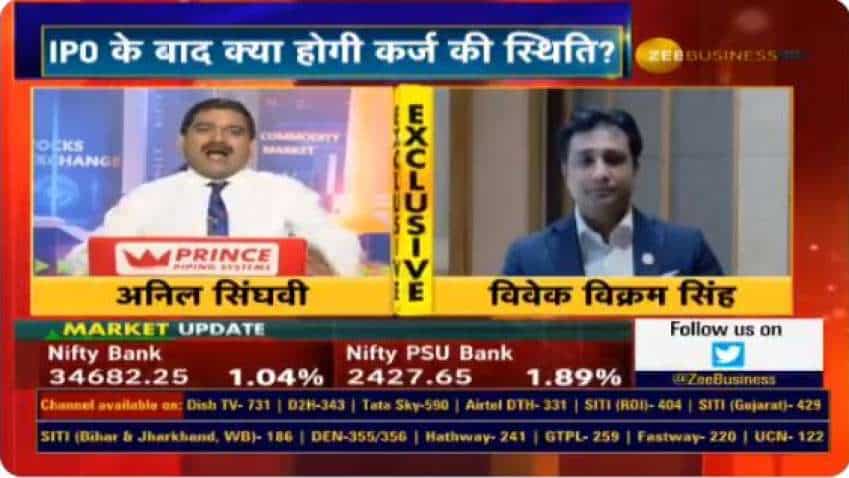 Vivek Vikram Singh said that the company intends to raise Rs 5550 cr through this public issue. Out of this, Offer For Sale (OFS) comprises shares worth Rs 5250 cr
Written By: ZeeBiz WebTeam
Edited By: Prashant Singh
RELATED NEWS

Singh said that the company intends to raise Rs 5550 cr through this public issue. Out of this, Offer For Sale (OFS) comprises shares worth Rs 5250 cr. He said that private equity firm Blackstone is one of the investors in the company and it will be exiting the company. Other investors will continue to hold their stakes, he further said.

He said that the primary issue will be worth Rs 300 cr. Out of this Rs 241 cr will be utilised to repay the term loan of the company, he said. The remaining money will be used for general corporate purpose.

The MD said that the USP of the company was that Sona BLW was an auto technology company apart from being an auto component supplier. The company puts electric vehicles segment at the top of its priority list, he said.

He said that 14 per cent of company’s sales is accounted for battery electric and 27 per cent goes to hybrid and micro hybrid segments. The growth of the company has also been good and it posted a 28 per cent year-on-year (y-o-y) growth in FY21.

There were some temporary setbacks in Q1 and Q2 because of the pandemic, but the growth in Q3 was 65 per cent y-o-y while in Q4 it was 75 per cent, he added.

He said that electric vehicles have been the biggest disruptors in the automobile sector and the growth is expected to pick up in India as well. He said that Sona BLW is aligned to this growth.

The MD said that the comparison in valuations should not be made with domestic auto ancillary companies. The company was delivering auto technology services and has a global play and therefore valuations should be compared with its global peers, he further said. He said that 75 per cent of company’s sales cater to offshore markets.

CBSE 10th results 2021 OUT, time to CHOOSE between Science, Arts and Commerce, what will you do if NOT SATISFIED with results? Find all details here