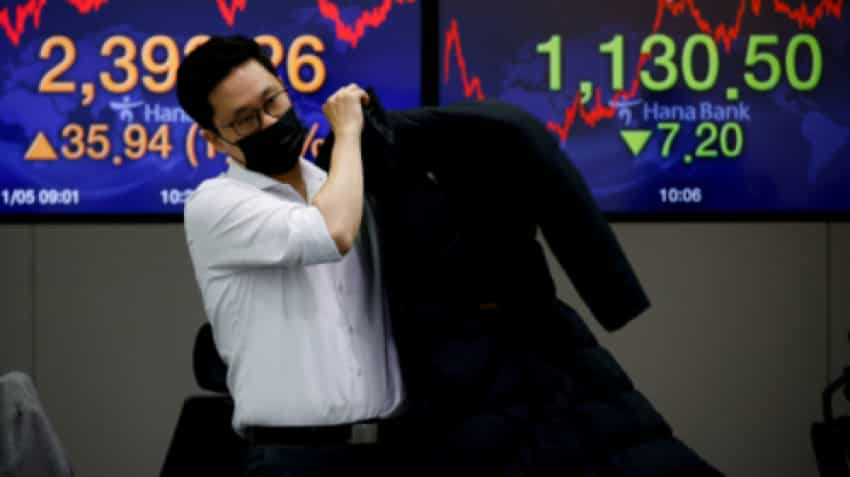 The dollar was steady, not too far from 12-month highs hit last month against a basket of currencies and holding at a 14-month high against the euro. Source: Reuters

World stock markets got their foot back on the gas on Thursday as hopes grew that Washington could resolve its debt-ceiling squabbles and a global drop in energy prices tempered deepening fears of "stagflation".

Bond market borrowing costs also calmed after a sharp spike a day earlier that had taken the region`s benchmark government yields to their highest point since June.

"We believe the recent pullback (in world stocks) is an opportunity to buy the dip in cyclical assets – which would include all equities (EM and DM)," analysts at JPMorgan said, although U.S. tech stocks remain ultra-expensive.

"We do not believe that the current price of energy will have a significant negative impact on the economy... Even with oil at $130 or $150 equity markets and the economy could function well," pointing to 2010-15 when oil averaged more than $100 a barrel and markets did just fine.

Oil was down more than 2% and gas prices dropped more than 3%, helping European gas futures fall back from record highs. [O/R]

Gas prices are up more than fivefold since the start of the year, and the huge increase over recent weeks has attracted attention from policymakers across the world.

EU Energy Commissioner, Kadri Simson, said on Wednesday that the price shock was "hurting our citizens, in particular the most vulnerable households" and that "There is no question that we need to take policy measures".

BACK TO THE FUTURES

U.S. futures also bounced, with S&P 500 futures rising 0.5% after wild swings on Wednesday fuelled by hopes that congressional Democrats and Republicans could reach a deal to avert a government debt default.

Top U.S. Senate Republican Mitch McConnell said his party would support an extension of the federal debt ceiling into December.

Global markets will next focus on U.S. payrolls data due on Friday, with investors anticipating that a reasonable figure will mean the Federal Reserve will decide at its November meeting to begin tapering its massive stimulus programme.

The dollar was steady, not too far from 12-month highs hit last month against a basket of currencies and holding at a 14-month high against the euro.