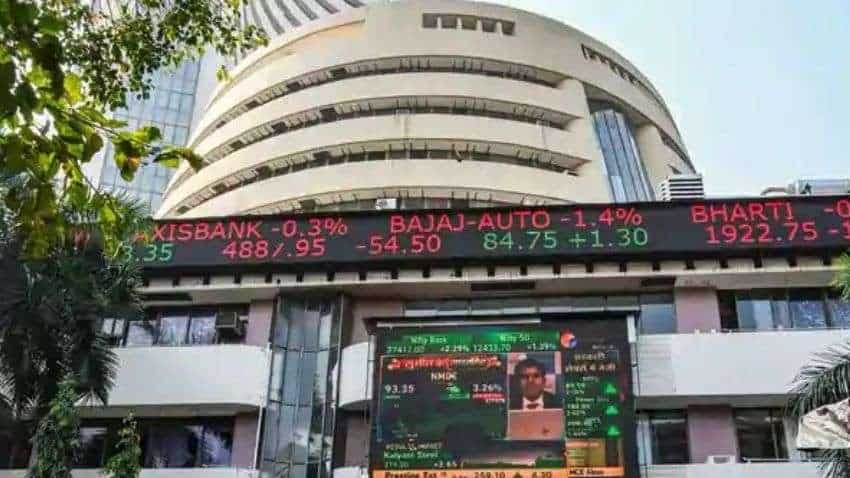 Sansera Engineering IPO: The Rs 1,283 crore initial public offering (IPO) of the auto component manufacturer Sansera Engineering was subscribed 1.83 times by 12:15 pm on the third and last day of the bidding. The public issue is a 100 per cent Offer for Sale (OFS) of 17,244,328 equity shares by its existing shareholders and promoters. The price band for the IPO has been fixed at Rs 734-744 per share. Retail investors can place bids in the lot of 20 equity shares and multiples thereafter.

Action Construction Equipment: Up 2.51%. The Company has developed an indigenous Special Low Silhouette Knuckle Boom Crane for DRDO, Ministry of Defence (MoD). The Company has received a letter of Intent from Tata Advanced Systems Limited for manufacturing and supply of the said cranes which have been integrated on TATA HMV 8X8 chassis. The said Knuckle Boom Cranes of the specified capacity are the first of their kind being developed by an Indian company using advanced technology.

M&M Finance: Up 1.19%. Mahindra & Mahindra Financial Services Limited (MMFSL/Mahindra Finance), part of the Mahindra Group, today announced its entry into the Leasing and Subscription business. The new vertical would operate under the brand name ‘Quiklyz’, denoting the changing mindset on mobility.

PG Electroplast Ltd: Up 0.84%. The company through its Wholly Owned Subsidiary, PG Technoplast Private Limited, has applied for the Department for Promotion of Industry and Internal Trade (DPIIT), Ministry of Commerce & Industry, Government of India's "Production Linked Incentive Scheme (PLI) for White Goods (Air Conditioners) under the AC Components target segment for a 'Normal Investment'. The committed Capex over the next five years for manufacturing Air Conditioner Components is INR 300 Crores if selected for the scheme.

Hindustan Copper: Down 5.62%. The government will sell up to a 10 per cent stake in Hindustan Copper through an offer for sale (OFS) in a move that would help the exchequer garner about Rs 1,120 crore in divestment receipts. The government will sell 5 per cent or 4.83 crore shares in the copper miner at Rs 116 apiece on Thursday and Friday. The floor price has been set at a 6.8% discount to the closing price of the stock of Rs 124.40 per share on Wednesday at the NSE. The OFS also includes a greenshoe option to sell an additional 5 per cent shareholding of the public sector undertaking (PSU). The offer would open for non-retail investors today and will open for the retail investors on Friday. The government currently holds 72.5% stakes in the copper miner.

Poonawalla Fincorp: Down 4.98%. The Securities and Exchange Board of India has passed an interim order banning Poonawalla Fincorp’s Managing Director Abhay Bhutada and seven others from the securities market after they were found guilty in an insider trading case in Magma Fincorp leading to its acquisition. SEBI in its investigation found that Bhutada had shared information about Adar Poonawalla’s Rising Sun Holdings proposed takeover of Magma Fincorp in his capacity as MD & CEO of Poonawalla Finance. Further, SEBI has directed the involved entities’ bank accounts to be impounded to the extent of their liability in the insider trading case of Rs 13.58 crore. The involved individuals have been ordered to submit the impounded money into an escrow account within the next 15 days.

Lupin: Down 0.75%. Lupin settles the patent dispute for the diabetes drug Glumetza. There were multiple antitrust class actions filed in the Northern District of California, the U.S. against several stakeholders, including Lupin Ltd. and its subsidiary Lupin Pharmaceuticals, Inc., U.S., in connection with Glumetza®, a drug for the treatment of diabetes. The settlement route was adopted before the trial for this case would have started in the US court. The trial for this case is scheduled to begin on October 4, 2021, in the U.S. courts. The case was settled with two of the plaintiffs separately for USD 248 million (around Rs 1,822 crore). The rest of the defendants have settled the case recently.