The rupee snapped its three-session losing streak to settle 19 paise higher at 74.79 against the US currency on Thursday. 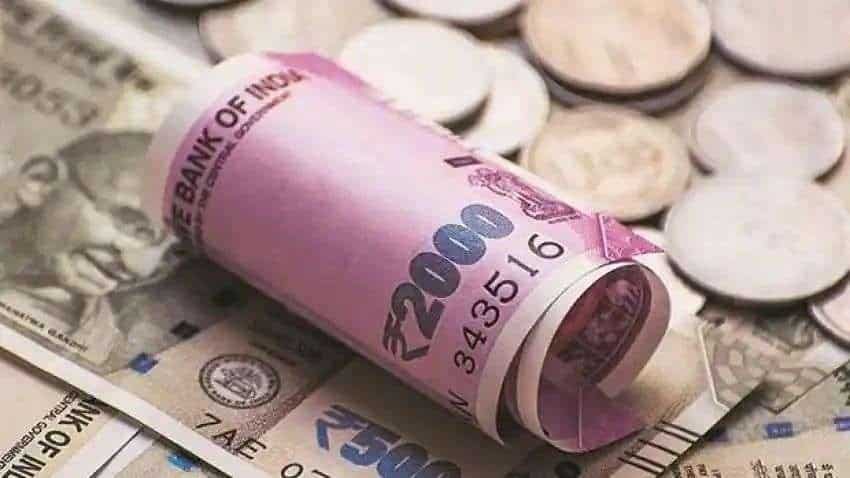 The rupee snapped its three-session losing streak to settle 19 paise higher at 74.79 against the US currency on Thursday as crude oil prices cooled off and the dollar softened in the global markets.

Gains in the domestic equity markets and a recovery in riskier assets also helped the local unit to rebound from more than five-month lows.

At the interbank forex market, the local unit opened higher at 74.77 against the greenback and witnessed an intra-day high of 74.70 and a low of 74.93. It finally ended at 74.79 against the American currency, registering a gain of just 19 paise over its previous close.

On Wednesday, the rupee suffered its biggest single-day drop in six months, losing 54 paise against the US dollar to end at more than five-month low of 74.98.

Market sentiment remains bearish for the rupee but short-term recovery cannot be ruled out after the sell-off in the last couple of days. In near term, spot USDINR is having support at 74.50 and resistance at 75, Parmar said.

"There has been a cool-off in energy prices, US Dollar Index and bond yields and that has helped USDINR spot," said Anindya Banerjee, DVP, Currency Derivatives & Interest Rate Derivatives at Kotak Securities Ltd.

Banerjee further noted that volatility can increase over Friday and Monday, as the RBI announces monetary policy and the US releases jobs data for the month of September.

"Rupee fell in the opening session but gained in the latter half of the session following gains in domestic equities. Volatility remained low ahead of the important RBI policy statement that is scheduled to be released on Friday," said Gaurang Somaiyaa, Forex & Bullion Analyst, Motilal Oswal Financial Services.

In the last couple of sessions, weakness in the rupee has been on back of rising concerns of elevated inflation following a rally in global crude oil prices. Sustained up-move in the dollar against its major crosses also has weighed on the rupee.

Jateen Trivedi, Senior Research Analyst at LKP Securities, said, "The gains were lead by weakness in crude prices and natural gas prices in the last 24hrs, losing 4 per cent and 12 per cent respectively, giving some relief to the rupee. Going ahead rupee can be seen in a range of 74.45-75.00."

The dollar index, which gauges the greenback's strength against a basket of six currencies, fell 0.06 per cent to 94.20.

Brent crude futures, the global oil benchmark, fell 1.07 per cent to USD 80.21 per barrel. Foreign institutional investors were net sellers in the capital market on Wednesday as they offloaded shares worth Rs 802.81 crore, as per exchange data.

Omicron reported in 57 countries, hospitalisations set to rise: WHO