The local unit finally settled at 74.14 a dollar, down 8 paise over its previous close. On Tuesday, the rupee had settled at 74.06 against the greenback. 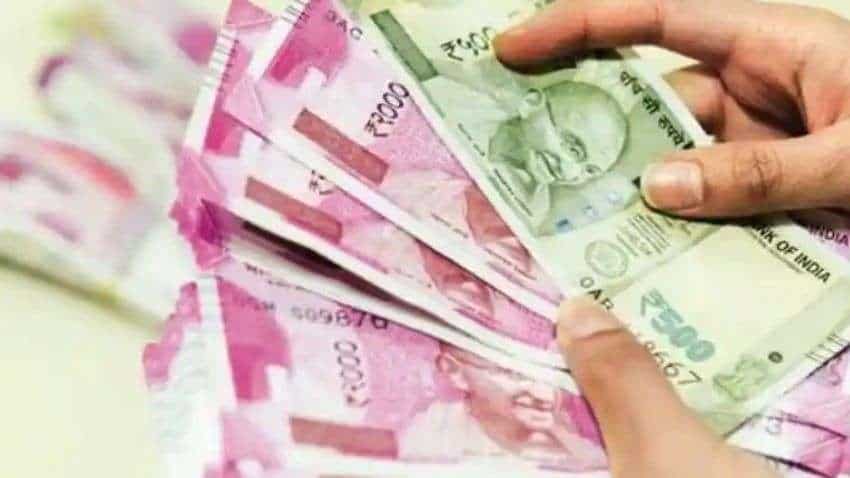 The local unit finally settled at 74.14 a dollar, down 8 paise over its previous close.

The rupee fell by 8 paise to close at 74.14 against the US dollar on Wednesday amid a lacklustre trend in domestic equities and strengthening of the American currency in the overseas market.

At the interbank foreign exchange market, the local currency opened at 74.18 and witnessed an intra-day high of 74.08 and a low of 74.26 against the US dollar in day trade.

The local unit finally settled at 74.14 a dollar, down 8 paise over its previous close. On Tuesday, the rupee had settled at 74.06 against the greenback.

"The Indian rupee depreciated amid strong dollar and muted domestic markets. Dollar gained strength on the back of a surge in US treasury yields. Yields are rising on expectation that the US Federal Reserve will start tapering its bond purchases before the end of the year and possibly begin raising interest rates next year," said Raj Deepak Singh, Head-Derivatives - ICICI Securities.

A jump in commodity prices has also fuelled the worries over short-term inflation pressures.

Furthermore, investors remained vigilant ahead of speeches of major central banks across the globe to get hints on future monetary stance.

"Sharp downside was prevented on persistent FII inflows and as crude oil dipped from its high. Rupee may trade in the range of 73.90 to 74.40 in the next couple of sessions," Singh noted.

The dollar index, which gauges the greenback's strength against a basket of six currencies, was trading 0.06 per cent higher at 93.82. Meanwhile, Brent crude futures, the global oil benchmark, declined 0.61 per cent to USD 78.61 per barrel.

Meanwhile, foreign institutional investors were net sellers in the capital market on Tuesday, as they offloaded shares worth Rs 1,957.70 crore, as per exchange data.